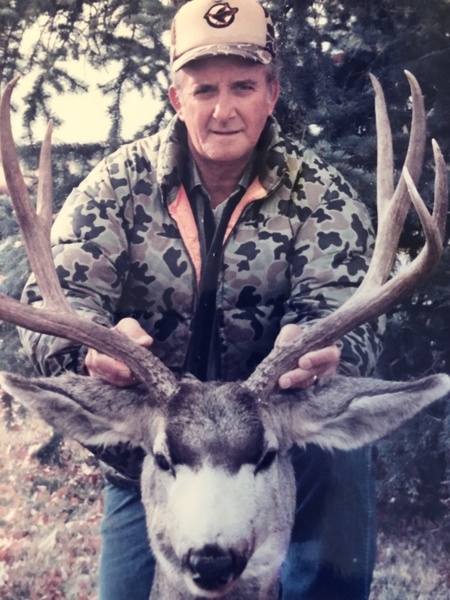 Larry L. Andrae peacefully passed away in the early hours of July 9, 2019.  Larry moved his family from Pekin Illinois after falling in love with Wyoming, having spent several seasons hunting in the area.

Larry was born and raised in Illinois, and grew up hunting, fishing, camping, and riding motorcycles.  He enlisted with the United States Air Force in 1956 and proudly served his country as an Aircraft Mechanic for 3 years.

Upon his discharge from the Air Force, Larry joined his cousin Dick and took up Flat Track Motorcycle Racing for several years. It was around this time that he met the love of his life Kay.  They were married shortly after in September of 1961 and spent the next 50 plus years sharing their love of riding motorcycles.

Larry worked for Pabst Blue Ribbon in Illinois for 15 years prior to moving to Wyoming, where he retired from Park County Road & Bridge after 25 years of being a Heavy Equipment Operator.

Larry was an avid outdoorsman and loved hunting, fishing, and camping.  He enjoyed horseback riding and snowmobiling during the winter months.  His favorite past time however, was riding his motorcycles.

Larry was a member of the Kalif Shrine in Sheridan Wyoming as a 33rdDegree Mason, and actively participated in raising funds in support of children.  He was an active member of the Heart Mountain Rod & Gun Club, and past member of the local ABATE Chapter.

At Larry’s request there will be no services.  In lieu of flowers, donations may be made in Larry’s name to:

To send flowers to the family in memory of Larry L Andrae, please visit our flower store.