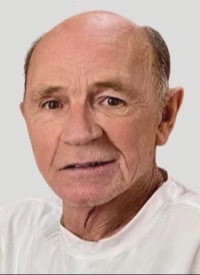 Larry Carter passed away on July 21 at his home in Powell after a long battle with COPD. His loving wife Lanette and dear friend Maria Martinez were at his side.

Larry was born in Snyder, Texas, on Oct. 23, 1955, to Dean and Marie (Fort) Carter. He lived there until he moved with his family to Gillette, Wyoming, in 1968, then to Thermopolis in 1969. Larry graduated from Thermopolis High School in 1975. In 1977 he moved to Powell to manage the country club. After several different jobs he began his career as a lineman with Clay’s Electric and later got his journeyman’s electrical license. At the age of 40 he began his career with the City of Powell electrical department, as an electrician. He later became the supervisor for the department until his retirement. Larry was always known for his attention to detail and expectations of doing the best job possible with whatever he did. Sometimes called a perfectionist!

He married Lanette Sessions on Nov. 24, 1978, in Thermopolis, Wyoming. The marriage lasted nearly 44 years. Death was the only thing that could have separated them. Larry loved to hunt, fish, and he was an avid gardener since the age of 5. He loved dogs, and his house always had more than a few rescues in it.

He was preceded in death by his parents.

He is survived by his wife, Lanette, of Powell, and four brothers: Richard (Tae) Kitchen of Ridgecrest, California, Dale (Jeannie) Carter of Crestview, Florida, Mike (Jody) Carter of Thermopolis, Wyoming, and Randy Carter of Trona, California. Although they had no children, Randy Carter Jr. became their son at age 5. Larry had numerous nieces and nephews who he loved so much and they loved him.

Larry requested no services be held and wanted his ashes spread at his favorite fishing place. In lieu of flowers, donations can be made to City of Powell Animal Shelter at 638 W North St., in Powell, Wyoming.

To send flowers to the family in memory of Larry Carter, please visit our flower store.
Send a Sympathy Card