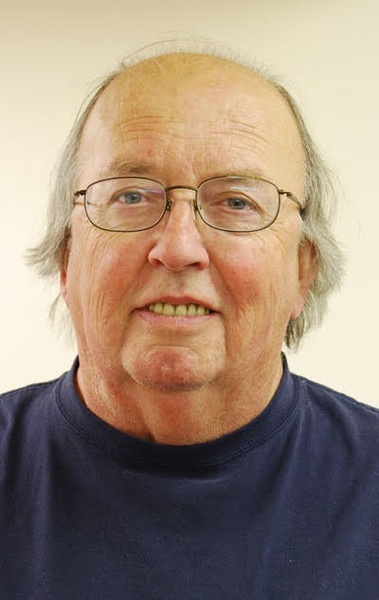 Larry William Paulsen, of Powell, died Saturday, April 7, 2018, at Powell Valley Healthcare. He was 76.
Larry was born June 7, 1941, in Rapid City, South Dakota, to Rose Klug and Harry Bennett Paulsen. He received his Bachelor’s Degree in Public Administration from the University of Minnesota.
Larry married Lynn Marie Rempfer (Glover) on March 17, 1984, in Greybull, Wyoming, and they made their home in Powell. He was a U.S. Army veteran, and worked in manufacturing and distribution.
He was a member of the National Rifle Association, Telecommunications for Deaf and Hearing Impaired, Wyoming Council Telecommunications, Wyoming Council on Developmental Disabilities, and the West Park Hospital Committee for Disabilities. Larry enjoyed hunting and fishing.
He was preceded in death by his mother Rose, and father, Harry.
Larry is survived by his wife Lynn Paulsen of Powell; daughter Lauri Anne Paulsen of Aberdeen, Washington; sons Bradley W. Rempfer (Jessica M. Ellis) of Bremerton, Washington, and Randall L. Rempfer (Danielle G. Harn) of Marbury, Maryland; brother Harry Paulsen (Karen) of Rapid City, South Dakota; and five grandchildren.
Memorial services will be at 2 p.m. Friday, April 13, 2018, at Thompson Funeral Home. Internment will be at Black Hills National Cemetery in Sturgis, SD Monday April 16, 2018 at 2:30 pm. Donations may be sent to Cochlear Implant Awareness Foundation, http://www.ciafonline.org, in the name of Larry W. Paulsen.  Thompson Funeral Home is assisting the family and condolences may be sent to them at www.thompsonfuneral.net or P.O. Box 807, Powell, WY 82435.

To send flowers to the family in memory of Larry William Paulsen, please visit our flower store.