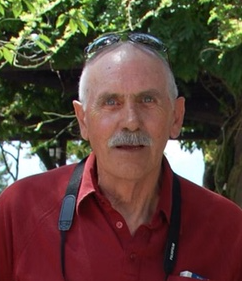 It is with great sadness that the family announces the passing of Larry L. Stricker on

February 1, 2021 at the age of 79 in Powell, Wyoming. His battle with medical issues in

recent years showed his courage in facing life challenges with a smile. Despite the pain,

Larry came out a hero and stayed strong until the end.

Larry was born on October 6, 1941 in Scottsbluff Nebraska to Alex Stricker and

Katherine Schmidt. He was the youngest of seven siblings. After graduating high school

he married his first wife Judy Wamser in 1962. They had one daughter Michelle

stars. After 30 years of dedication he retired from Celotex. On July 16, 2004 he married

fishing, camping and 4-wheeling. He also enjoyed bowling leagues and everything

Nascar. He was affiliated with the St. Barbara’s Catholic Church, Knights of Columbus

and a member of the American Legion.

Larry was preceded in death by his early wife Judy Wamser-Stricker, daughter Michelle

Schaneman and Jane Hoff. He is survived by his wife Sheila and step children Kevin

Dwayne (Bubba) Sumida and Kolten and Jaron Heath. He has two great grandchildren:

Rosary will be at 6 p.m. Thursday evening at the St. Barbara's Catholic Church.

A Funeral Service in memory of Larry will be held on Friday, February 5, 2021

To send flowers to the family in memory of Larry Lee Stricker, please visit our flower store.