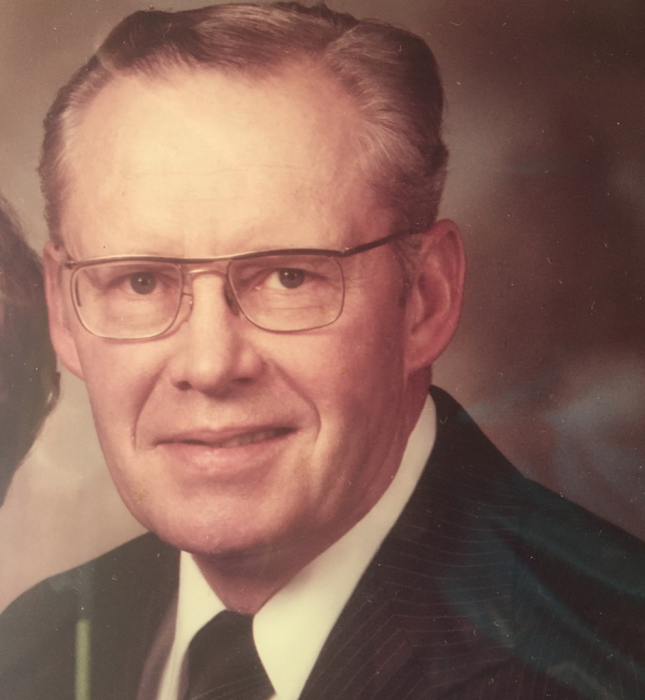 Lawrence Eugene Saunders was born January 12, 1927 in Princeton, Missouri to William Roy and Junie V Bain. Lawrence was the 2nd born son of 5 children. The family later relocated to family farm in Joliet, Montana. Gene spent his youth hunting in the hills around his home. As a young boy Gene went to work for his uncle herding sheep and ride the tractor and then went fishing near the ranch. As an early teen he rented 3 acres of land to earn some money and then took his earnings in the fall on bicycle trip to Billings as a 7th grader and spent it mostly on the movies and ice cream then bought himself a brand new bicycle.

In 9th grade he took a job in Billings and a year off from school to work at a local grocer. When he returned to school he got involved in basketball and baseball becoming “Fireball Saunders” as a talented pitcher for a club team.

After his junior year of school he obtained permission from his parents to join the army. He left for WWII prior to completing high school. Gene served 2 years in the army where he started as a private in Texas at Camp Hood and then was transferred into the finance division where he was screened to complete 2 trainings and then deployed to work as a finance technical clerk in the Foreign Currency Exchange section in Paris, France. Upon discharge he had attained the rank of Staff Sergeant Finance Technical Clerk. While overseas Gene added 7 countries to his list of places visited, some of which were Switzerland, Germany, and Austria.

Upon returning from the war, Gene met Armese Edna Cozzens who was renting from his parents while she attended college. Within a few months they were married in Billings, MT on February 21, 1947. They partnered with his brother John to start a trucking business. When the weather put the brothers went out of business, Gene borrowed money from his mother and moved his family to attend the University of Denver where he earned a Bachelor of Business Administration with a major in Accounting.

Following graduation he took a job in Cody, WY with Husky Oil Company. When he retired after 30 years of service from Husky Oil Company, he was the Vice President and CFO and the last American employee for the then Canadian owned company.

Working at Husky Oil didn’t keep Larry, as he came to be called, busy enough, so he took on side jobs such as guiding hunts for Squaw PeekRanch, coaching pee wee baseball when his sons were playing, and helping to build on many projects including 2 houses in Casper with his son David and 1 house in Cody.

In February 1968, Lawrence and Armese were divorced and in 1978 he met and married Elfrieda Louise Ferguson in May. Larry started his own business, Saunders Accounting Service in 1984 and purchased Radio Shack.

Larry joined the Church of Jesus Christ of Latter Day Saints in 2008 and his family came to celebrate with him.

Larry passed away 1 December 2020 peacefully in his home. He was preceded in death by his parents, siblings, his beloved son Daryl and wife Louise. He is survived by his daughter Linda Iverson of Burlington, WY, and sons Gary Saunders and David Saunders both of Cody, WY as well as Sandra Spiegelberg of Cody, WY, Dean Spiegelberg of Clyde Park, MT and 11 grandchildren and 36 great-grandchildren and 18 Great great-grandchildren.

The family is truly grateful for the care of Larry he received from Mel’s Helping Hands caregivers, his son Gary Saunders and granddaughter LeAnn Andrew.

To send flowers to the family in memory of Lawrence Saunders, please visit our flower store.
Send a Sympathy Card