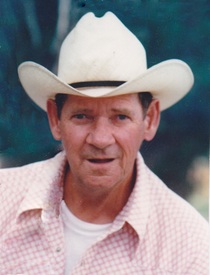 Lee Edwin Weathermon, of Clark, was called to heaven on June 5th, 2015, at the Powell Valley Care Center, surrounded by his loving family.

Lee was born in Melville, MT on October 4th, 1922, to parents Christopher and Esther (Palmer) Weathermon.  He grew up in Clark and Bridger with his 5 siblings.  He graduated in Bridger in 1943.

Lee entered the service on August 16th, 1943, where he served in the 3rd Division of the army during WWII.  He was wounded in action in the European theater in 1944 and spent time recovering a a Walla Walla, Washington hospital.  He was then honorably discharged on July 6th, 1945, receiving a Purple Heart, along with other medals of honor.  After his discharge, Lee returned to Bridger where he worked for local farmers until moving to Billings to attend college.

There he met the love of his life, Florence Shaffer.  They married on June 3rd, 1950.  Out of their union they had their beloved daughter, Rosanna.  While in Billings, Lee managed the Shaffer Apartments and later drove for Wilcoxson's Ice Cream.  In 1969, he moved back to Clark with his wife and daughter, where he farmed and drove school bus until his retirement in 1985.

Lee was the epitome of a true cowboy, and he was an avid adventurer, fisherman, and card player.  He also enjoyed hunting, and was thrilled to have taken his daughter, Rose, and grandson, Lee, on their first hunts.  He loved to explore every inch of the mountains, making his own roads as he went.  He was always more than pleased to take family and friends along for these journeys, or to share the many photos he captured on his way up and down every road imaginable.

Lee will be greatly missed by everyone who knew him.  He had a kind and gentle heart, along with a smile, chuckle, sense of humor, and a firm hand shake that was cherished by many.

To send flowers to the family in memory of Lee Edwin Weathermon, please visit our flower store.