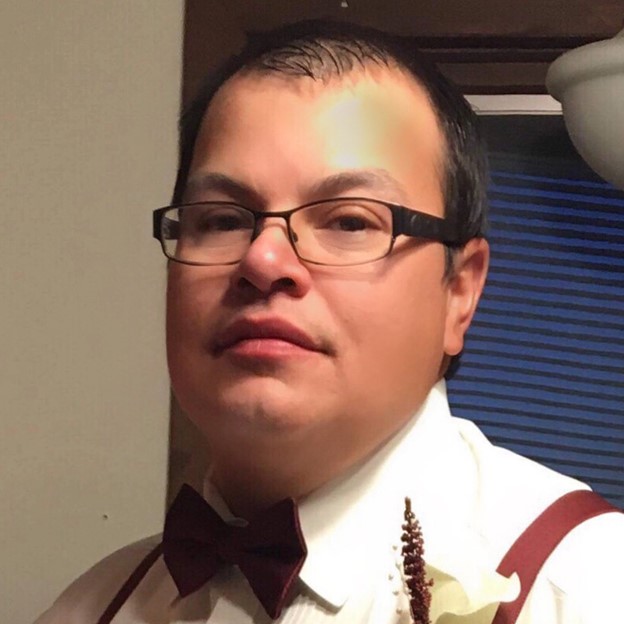 Born July 5, 1981, in Sheridan, Wyoming, to Anton Vogel and Rosaline Takes Horse Vogel, Brad grew up in Montana, attending schools in Billings and Hardin. He met the love of his life Gina Miller and together they built a family in Powell, including Xavier, Quincee, Gaige, and AJ Vogel.

This cherished man was a loving father and husband, an adored brother and uncle, a treasured son and a trusted friend. Ever humble, with a tremendous heart, Brad was a natural protector, with fierce loyalty for his family and friends. A life-long learner, Brad had a hunger to always be discovering and learning new things, and sharing it with the people around him. His smile, if you were lucky enough to see it, could light up any room and make your day just a little brighter.

Brad enjoyed hunting, fishing, and being in the outdoors. He liked off-roading and mudding in his beloved Yukon, and spent many an hour just sitting and visiting with friends. He was always there for a friend in need and would sit with you through the night if you needed it. Brad liked to read, play video games, work out and listen to music. He was always trying a new recipe for smoking meats and made the best enchiladas you ever had.

Life was his teacher, counselor and trainer and although he experienced many hardships over the years, he loved more fiercely because of it. He was changed forever when he met Gina and they built a family and a life together in Wyoming. His children were his world and his heart was never far from them. No matter what the event, as long as he could be with them, he was never happier than when he was with his family.

Brad was preceded in death by his parents Anton Vogel and Rosaline Takes Horse Vogel, a sister Lelani Kimberly Vogel, his brother-in-law Mike Miller and numerous aunties, uncles and cousins from the Takes Horse Family.

Services were held on Wednesday, October 28, 2020, at St. Barbara’s Catholic Church followed by burial at Crown Hill Cemetery in Powell, Wyoming. In lieu of flowers, please consider donating to NAMI Park County, https://facebook.com/NAMIParkCounty. If you or anyone you love needs help with mental distress, please call the National Suicide Prevention lifeline network at 1-800-273-8255.

To send flowers to the family in memory of Loren Bradford Vogel, please visit our flower store.
Send a Sympathy Card