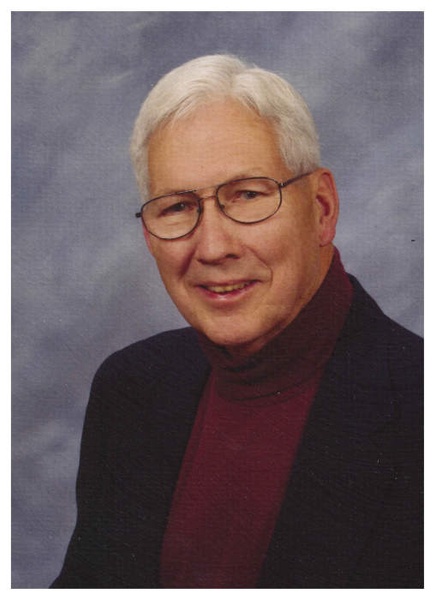 Dr. Lyle F. Haberland
(Jan. 23, 1929 - Oct. 3, 2018)
Dr. Lyle F. Haberland, 89, died Wednesday, Oct. 3, 2018 at Powell Valley Care Center.
He was born Jan. 23, 1929 in Minneapolis, Minnesota, to Clarence and Elsa Freeman Haberland. He was raised in Minneapolis and attended the University of Minnesota, where he received his bachelor of science degree in 1949 and his doctor of medicine degree in 1953. He then did his medical internship at the Sacramento County Hospital in Sacramento, California.
While he was in Sacramento, he met a nurse who became the love of his life, June H. Ferguson. They were married Aug. 28, 1954, and they had three children: John (Jill) Haberland of Parker, Colorado, Linda A. Shearer of Douglas and Jill Susan Haberland of Baltimore, Maryland. They gave Dr. Haberland four grandchildren: Noah P. Haberland, Grace E. Haberland, Danica Shearer and Kyle A. Shearer.
After marrying, Dr. Haberland worked three years for an older physician in Minneapolis. In 1957, he started a two-year medical tour of active duty in the Air Force. Very fortunately, he was stationed at a base in southern Germany and was able to travel and visit most of the countries in Europe. After his discharge from the Air Force, he traveled for several months in the Rocky Mountain area looking for a location to start a medical practice and somehow landed in Powell — this was 1959. He practiced in Powell for 55 years and retired in 2014.
During his practice in Powell, he had five outstanding office assistants: Opal Jones, Frances Brown, Willamae Schuler, Linda Adams and Marianne Carmann.
He was preceded in death by his wife June in 1994.
Funeral services will be held at the union Presbyterian Church in Powell on Saturday, Oct. 13, 2018.  Donations may be made to the Northwest College Foundation in the June Haberland Fund, Powell Medical Foundation, Union Presbyterian Church or organization of one’s choice. Burial will be in the Crown Hill Cemetery.
Condolences may be sent to the family online at www.thompsonfuneral.net or to P.O. Box 807, Powell WY 82435.

To send flowers to the family in memory of Lyle F Haberland, please visit our flower store.