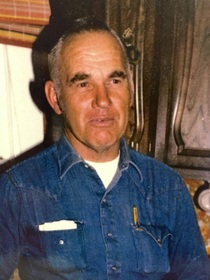 Lynn Lee "Lee" Woodruff, died peacefully on March 18, 2016 at New Horizons Care Center in Lovell, Wyoming, after a long struggle with Parkinson's disease.  He was 88.

Lee was born June 21, 1927 at the Whitlock Hospital in Powell, Wyoming to John A. and Mabel Parthenia (Smith) Woodruff.

He grew up in Powell and Red Lodge, Montana.  He graduated from Powell High School in 1945.   He enlisted in the Marine Corps in 1946 and received an honorable discharge in 1948.

He was mechanically inclined, learned to work on automobiles in the Marine Corps, and could fix or build just about anything.  He built a number of snow packers with grooming attachments from scratch for the business he married into with Betty, Sleeping Giant Ski Area, some of which out-performed the fancier and much more expensive machines made by the big manufacturers of the day.

Lee spent many years working for contractors like Gilpatrick Construction, Peter Kiewit Sons, Taggart Construction and Frost Construction.  He helped build roads all over the state of Wyoming, including Sylvan Pass in Yellowstone National Park, and did some airport work, too.  He enjoyed his work, and took great pride in the finished product.

He was a quiet man in public, but known for long conversations late into the night with old friends.  Lee was never slow to lend a hand or help out where he thought help was needed. He was also known for his love of his favorite food, pie.

To send flowers to the family in memory of Lynn Lee Woodruff, please visit our flower store.
Send a Sympathy Card