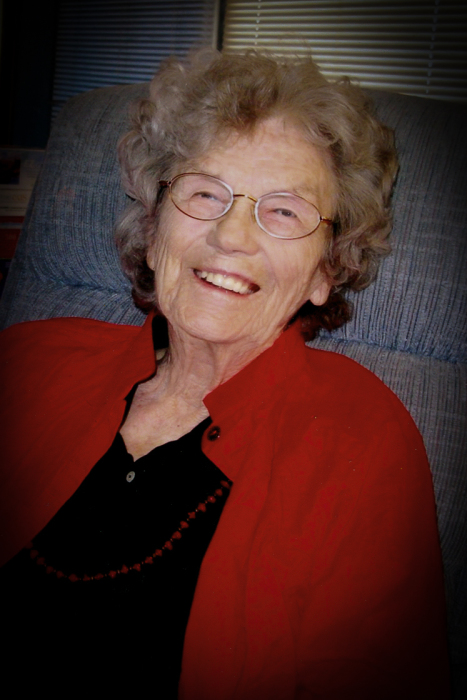 Margaret Elaine Gillett Shumway, longtime Powell resident, passed away on April 28, 2018, in her home surrounded by family and caregivers. She was 94.

Margaret was born in Powell, Wyoming, on May 21, 1923. She was the oldest of five children of Lyle Gillett and Clara Althoff Gillett.

She graduated from Powell High School and married Charles H. Shumway on May 5, 1941, in Red Lodge, Montana. Charles and Margaret and

four children made their home on a farm west of Powell. Margaret was dedicated to helping her husband farm, raising their children and enjoying her grandchildren, family and friends.

Margaret was an excellent cook and seamstress. Margaret and Charles created a life together focusing on their family and farming.

The Shumways celebrated their 70th wedding anniversary in 2011, prior to Charles's death in November.

Margaret had a quiet strength and a positive attitude. She was a caregiver in her heart and in later years, found herself receiving care. Even with life's challenges in the most difficult of times, Margaret remained positive and desired to help others. She loved

people, had a wonderful sense of humor and lived her faith.

Caregivers, Physician and family provided compassionate loving care to Margaret in her home for many years. Visits from her children and

their families and friends were often a highlight in her day, along with her daily ride to town.

Services will be held at St. Barbara's Catholic Church on Thursday May 3, at 1:30 p.m.

She will be laid to rest in Crown Hill Cemetery in Powell.

To send flowers to the family in memory of Margaret Elaine Shumway, please visit our flower store.
Send a Sympathy Card