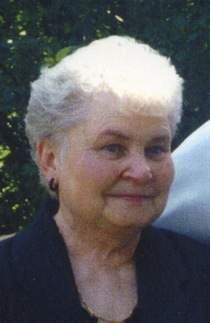 Marian Z. Brinkerhoff died Oct. 31, 2015, in Powell. She was 82.
Marian was born July 15, 1933, at her grandparentsâ€™ home in Lovell, to Elmer Leroy Zeller and Phebe Louise (Wheeler) Zeller.
She graduated from Lovell High School in 1950. She then received her bachelor of science degree from Eastern Montana College with certification in elementary and special education in 1982.
On Jan. 4, 1951, Marian married the love of her life, Arnold Edward Brinkerhoff, in the LDS temple in Idaho Falls, Idaho.
The couple made their home in Williston, North Dakota, Lovell, Worland, Moorcroft and Powell.
In addition to being a homemaker, Marian worked as a p
Marian and Arnold also served as foster parents to 18 children over 11.5 years through the Park County Services Child Protection. Marian also  worked with elderly and disabled residents in their homes.
Marian attended the Church of Jesus Christ of Latter-day Saints. She was involved in the Powell Valley Genealogy Club, Daughters of Utah Pioneers, Daughters of the American Revolution and 4-H.
Marian also enjoyed playing the piano and taught local students how to play.
While in high school, Marian won a trip to Chicago for bread making. Her hobbies included canning, flower gardening, sewing, crocheting and family history/genealogy research. Marian always was a prize winner at the Park County Fair.
She is survived by her husband of almost 64 years, Arnold Edward Brinkerhoff; sons and daughters-in-law Bart (Jan) of Powell, Gary (Margaret) of Powell, Mark (Kathy) of Evanston, Ward â€œPepâ€ (Christina) of Evanston, Bruce of Powell and Brian (Shauna) of Tampa, Florida; daughter and son-in-law Bonnie (Robert) Zabel of Gillette; brothers and sisters-in-law Brent (Louise) Zeller of Thermopolis, and Max (Cindy) Zeller of Casper; sister and brother-in-law Kaye (Larry) Coppock of Caldwell, Idaho; brother-in-law Alan Jolley of Billings; sister-in-law Sonny Zeller of Yakima, Washington; 32 grandchildren; and 28 great-grandchildren.
She was preceded in death by daughter Cathy Jo, grandson Aaron Brinkerhoff, twin granddaughters Courtney and Alissa Brinkerhoff, her parents, sister Elma Jolley and brother Ron Zeller.
Visitation will be Friday, Nov.  6, from 6-7:30 p.m. at Thompson Funeral Home in Powell and one hour prior to the services at the Church of Jesus Christ of Latter-day Saints Avenue E building in Powell.
Funeral services will be Nov. 7, at 9:30 a.m. at the Avenue E LDS Church. Bishop Cordell Anderson will officiate the services.  Pallbearers will be Bart, Gary, Mark, Ward, Bruce and Brian Brinkerhoff.
Burial will be in the Lovell Cemetery.
Memorials can be sent online at www.thompsonfuneral.net or to P.O. Box 807 Powell, WY 82435.
To send flowers to the family in memory of Marian Brinkerhoff, please visit our flower store.