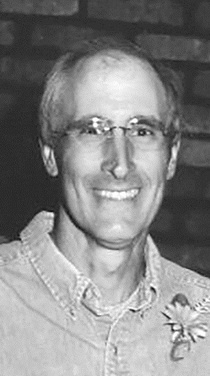 Mario Locatelli â€” husband, father, grandfather â€” passed too soon on Sept. 28, 2014.  At the time of his death, Mario, 63, was surrounded by his turkeys and cat while working, as always, in his garden. He was busy harvesting the beautiful vegetables which he grew each year with such love.
Mario was born in Boulder Creek, Calif., on May 31, 1951, to Julio and Georgina Locatelli. He was the youngest of three sons; Mark being the eldest and Larry the middle child.
He moved to western Montana in the early 1970s where he met Kimberly Wanner. On Aug. 10, 1978, Mario and Kim were wed in Hamilton, Mont.  They moved in 1981 to the Big Horn Basin with their two small children.
Many people will remember him from his time as co-owner/operator of the Powell Bakery. More recently people would recognize him from his frequent bike rides in and around Powell.
Mario Locatelli is survived by his wife Kim; his son Joe of Missoula, Mont.; his daughter Gina and son-in-law Rocky Melger of Dayton, Wyo., and grandchildren Jack and Leah Melger. He also leaves his brother Larry in Boulder Creek, Calif.
Although time with him was too short, the family feels fortunate to have had this loving, joyful, industrious and hard-working man in their lives.
Cremation has taken place.  Per his wishes, there will be no memorial services.  Family members expressed gratitude to the Powell community for the support in this sad time. They especially appreciate the condolences and comfort that friends and family have offered.
To send flowers to the family in memory of Mario John Locatelli, please visit our flower store.