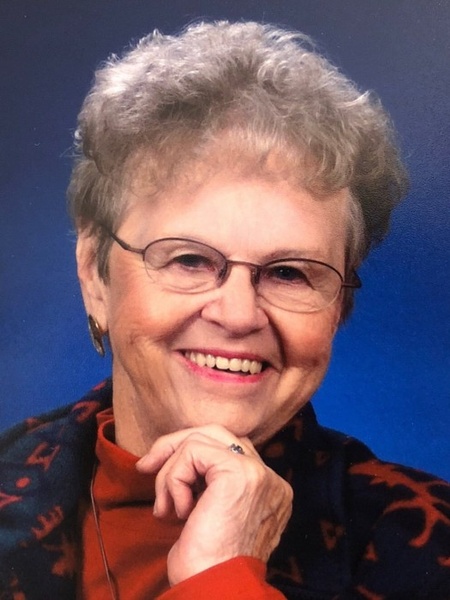 Marjorie Louise (Cross) Lamm
(Nov. 25, 1924 - Aug. 1, 2018)
Marjorie Louise (Cross) Lamm passed away Aug. 1, 2018, at Powell Valley Care Center. She was 93.
Marjorie was born Nov. 25, 1924, to John R. and Orpha (Scoville) Cross on a farm in western Nebraska. She graduated high school in Harrisburg, Nebraska. She married Robert Lamm on Sept. 8, 1942, in Alliance, Nebraska. They had two daughters, Nancy (Dewayne) Becking of Powell and Cheri Stockburger of Olympia, Washington. She is also survived by two grandchildren, Tim (Elizabeth) Becking of Sheridan and Shawn (Matt) Harwood of Eugene, Oregon. She is also survived by several great-grandchildren, Kailee and Breanna Becking of Sheridan, Michayla Garsial, Shelby Garsial, Chekalis Harwood and Kasey Harwood of Eugene, Oregon. She is also survived by a brother, Terry (Marilyn) Cross; a brother-in-law, Pete Dykes; and two sisters-in-law, Irene Cross and Pauline Lamm.
She was preceded in death by her husband, Robert Lamm; her parents; brothers Bud, William and Sam; and sisters Jessie Hottell and Mazie Dykes.
Marjorie was a scale lady and weighed beets for 40 years in Nebraska and Wyoming. She will be remembered for being a wonderful seamstress, cook and a loving mother and grandmother.

To send flowers to the family in memory of Marjorie L Lamm, please visit our flower store.