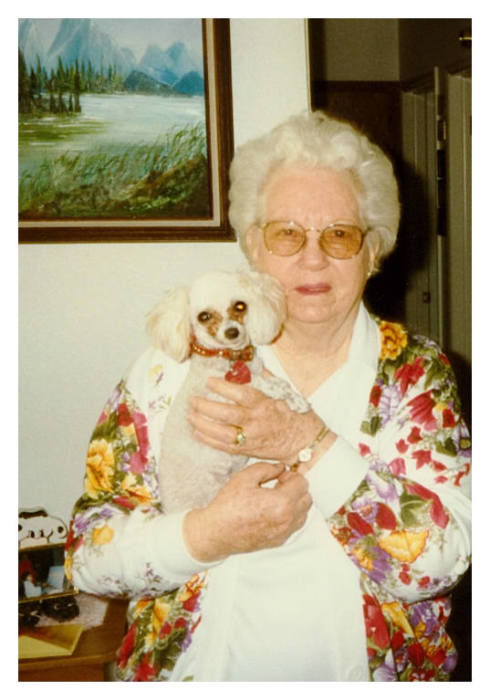 Mary M. Krause died Aug. 12, 2017, at Westward Heights Care Facility in Lander, Wyoming. She was 95.
Mary was born Jan. 29, 1922, in Greybull to Earl J. Hensley and Sarah Vance Hensley. They moved to Powell where Mary was educated; she lived the rest of her life in Powell.
On Aug. 13, 1938, Mary married Loyal J. Henrichs. They moved to the East Willwood and farmed until Loyal passed away in June of 1963. Two boys were born to this union.
Mary always had a big garden. After selling the farm, she moved back into Powell.
In June of 1965 Mary married Wayne Krause. He also lived on East Willwood where they made their home until Wayne retired. Wayne also had three boys.
After they retired, Mary and Wayne moved to Powell. They lived at Rocky Mountain Manor for a while, then moved to The Heartland. Mary and Wayne were the first residents to move into The Heartland, and they enjoyed their time there.
They spent a log of time camping, fishing and traveling around with the Good Sam Club. They also loved to dance and play bingo. Mary was a member of the Methodist Church and the Rebekah Lodge. She worked her way through the chairs of the Rebekahs, eventually becoming Noble Grand. She was also a member of Whistle Creek Ladies, as well as a Willwood ladies group. She loved her grandkids and great-grandkids, and the pretty flowers she always grew.
Mary was preceded in death by her parents Earl and Sarah Hensley; her two husbands, Loyal Henrichs and Wayne Krause; brother Wilford (Lavern) Hensley; sister Sarkey (Clyde) Rimby; brother-in-law Maurice Powers; son Darwin (Pinky) Henrichs; and great-grandson Mickel.
She is survived by a sister Earleen (Bobi) Powers; son Darrell (Sandy) Henrichs; stepsons Don (Colleen) Krause, Gary (Jill) Krause, Tad (Julie) Krause; many grandkids and great-grandkids.
Graveside services were held Tuesday, Aug. 15, at Crown Hill Cemetery.
Thompson Funeral Home is assisting the family and condolences may be sent to the family at www.thompsonfuneral.net or P.O. Box 807, Powell, WY 82435.

To send flowers to the family in memory of Mary Malinda Krause, please visit our flower store.
Send a Sympathy Card