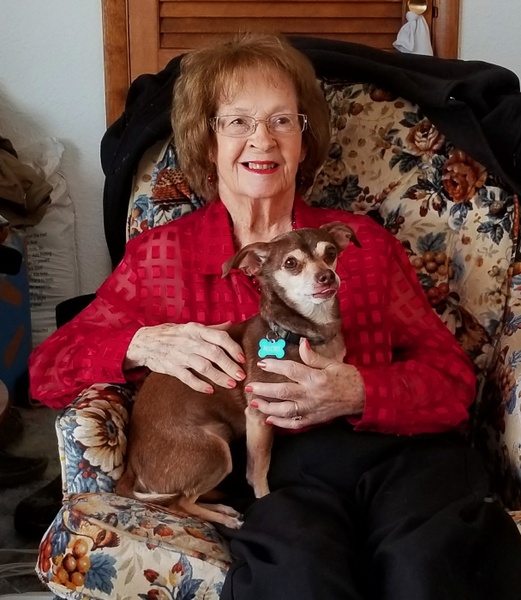 Mary Louise Sand, 95, died peacefully in her home on Feb. 3 with her son and daughter-in-law by her side in Powell.
Viewing is Thursday (today) at 5 p.m. at Thompson Funeral Home, and Rosary is at 6 p.m. (today) at St. Barbara’s Catholic Church in Powell. A Memorial Mass will be Friday, Feb. 7, at 10 a.m. at St. Barbara’s, where Louise was a devoted parishioner for over 60 years.
Louise was born on Feb. 29, 1924, in Wild Rice, North Dakota, to Louis and Delia Cossette. Her Canadian grandfather, Ulphie Cossette, a Hudson Bay Company fur trapper, was one of the first settlers in Cass County, North Dakota.
Louise worked as a bookkeeper in Fargo, North Dakota, where she met and married Bill Sand, who was stationed at Finley Air Force Base. After Bill’s service was completed, they moved to his hometown of Powell and began a home furnishings business (Valley Carpet).
She devoted much of her time and energy as a caregiver to her children. Louise and Bill Sand were married for 62 years until his death in 2004. In 2008, Louise met Powell resident Charlie Bourquin, and they became close and constant companions until his death in 2018.
Louise pursued interests such as playing bridge with friends, volunteering at the Powell Youth Center, collecting antiques and lunch at the Senior Citizen’s Center. She was an avid seamstress, and presented a handmade Raggedy Ann doll to country artist Billy Ray Cyrus for his then-baby daughter Miley during a concert.
Louise is survived by her sister, Joyce Barefoot (Cossette) and brother, Claude Cossette; son Mike Sand and daughter-in-law Shannon Sand of Powell; daughter Julie Sanders (Sand) and son-in-law Joe Sanders of Atlanta, Georgia; and their two children, William and Helen Sanders.
Special thanks to Father Phil Wagner of St. Barbara’s Church for home visits and spiritual care, the Powell Senior Citizen’s Center for years of lunches and fellowship and Stillwater Hospice of Northern Wyoming.
Memorials in Louise’s honor may be directed to the Powell Senior Citizen’s Center at 248 North Gilbert Street, Powell, Wyoming, 82435.

To send flowers to the family in memory of Mary Louise Sand, please visit our flower store.
Send a Sympathy Card