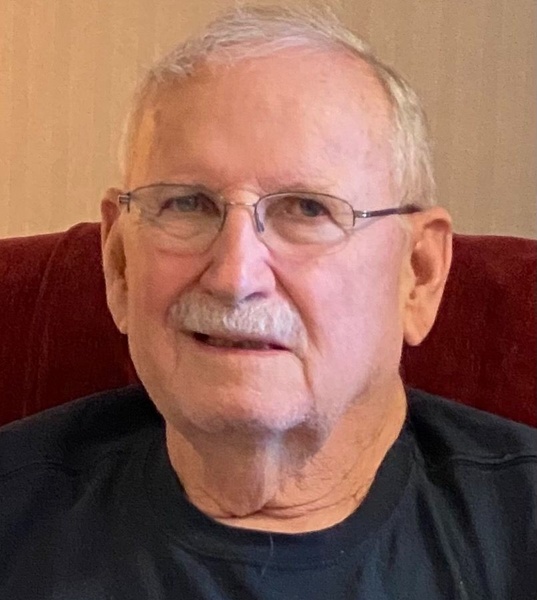 Merle L. Powers died on September 11, 2021 at his home with family in Powell.

Merle married Roberta Anne Warpness in June of 1960 and had two daughters,
Nancy and Connie.
Merle married Joanna Eichler in December, 1977, and he became a step-father to
Wendi, Angie and Jodee Winter. Merle and Joanna remained best friends until his
passing.
Merle began his career as an apprentice electrician for Amoco. He became a
partner with Leonard Whitlock in Whitlock Construction before working with Clay
Miller at Clay’s Electric. Merle served as an electrical inspector for Amoco in
Evanston, then for ExxonMobil at the LaBarge Project in southern Wyoming.
Merle spent the rest of his professional career as ExxonMobil’s lead electrical
inspector on onshore and offshore platform projects in Santa Barbara, California,
Beaumont and Houston, Texas, as well as overseas in Spain and South Korea.
Merle took pride in a job well done both at work and at home. A walk-through
Merle’s shop or a ride in his vehicle quickly showed that organization and
preparation were second nature to him.
When home, Merle enjoyed spending time with his wife, Joanna, camping,
working on the yard and house, and entertaining family and friends. He and Joanna
enjoyed garage sales and Merle often came home with broken items and made
them work again.
Merle leaves his wife of 44 years, Joanna (Eichler) Powers; his favorite cat Bootz;
his sister, Mary Jane Hall of Powell; daughters Nancy (Powers) and Les Benner of
Billings, MT, Connie (Powers) and Michael Purcell of Billings, MT, Wendi
(Winter) and Eric Robirds of Powell, Angie (Winter) and Johnny Pitts of Mountain
View, WY, Jodee Winter of Edmonds, WA; brother-in-law Chuck Mathis;
grandchildren Jason, Kyle, Brittany, Jennifer, Jessica, Eyob, Yared, Skye, Dakota,
Jade, Logyn and Makoy; and great-grandchildren Cooper, Audrey, Rylee, Hadley,
Beckett, Lawson, Macallister, Ezekiel and Quinley. He is preceded in death by his
parents and his sister, Norlene (Powers) Mathis of Cody.
A viewing will be held in Powell at Thompson Funeral Home beginning at 9am
with graveside services following at10am on Friday, September 17.

Cards can be sent to P.O. Box 807 in Powell and condolences expressed atthompsonfuneralhome.net.

To send flowers to the family in memory of Merle Lloyd Powers, please visit our flower store.
Send a Sympathy Card