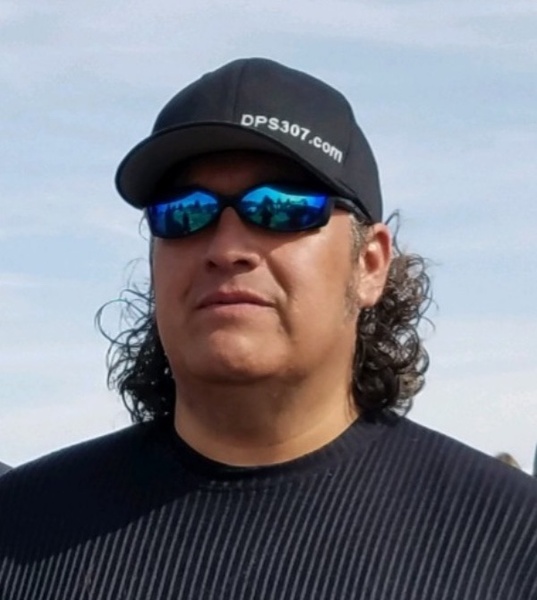 Michael Anthony Flores of Powell, Wyoming, owner of Northern Wyoming Plumbing, age 53 passed away in Cody, Wyoming on December 19, 2021. Mike was born in Powell, Wyoming on August 10, 1968 to Leo and Esperanza (Carrizales) Flores. He was raised with his five siblings in the surrounding area where he eventually met his former spouse and partner in life, Chauna (Pickett) Flores. Together they had four children, Sierra, Blaze, Jett and Kolt. The family lived in the southern California area for ten years before returning to Wyoming. Mike was well known in his community for being a very hard, fair, and reliable worker. He worked as a plumber for years in Park County where he eventually started his own business, Northern Wyoming Plumbing, in which he was extremely dedicated to and proud of. Mike was known for being generous and happy to help out not only friends and family, but strangers at the drop of a hat, no matter the situation. He was deeply loved by his family, friends and community and will be greatly missed. Michael is survived by his former wife Chauna (Pickett) Flores (M.1991-2013), his children Sierra Thomas (Justin), Blaze Flores (Hannah), Jett Flores, Kolt Flores, his grandchildren, Michael Clifton Thomas, Miles Christian Thomas, Sophie Marie Flores, and Olinn James Hank-Flores, and his siblings Dan Flores (Elaine), John Flores (Andrea), Pati Blakesley (Don) and Stephanie Flores, as well as many nieces and nephews whom he loved dearly. He is preceded in death by his mother Esperanza (Carrizales) Flores, his father Leo Flores, his brother Rick Flores and his niece Trista (Flores) White.
Rosary will be held at St. Barbara’s Catholic Church on Thursday, December 30, 2021 at 6:00 PM. Funeral Services will be held at St. Barbara’s Catholic Church on Friday, December 31, 2021 at 10:00 AM with the burial to follow at Crown Hill Cemetery in Powell, Wyoming. Condolences for Michael and his family can be sent to 506 N Division Street, Powell, Wyoming 82435.

To send flowers to the family in memory of Mike Flores, please visit our flower store.