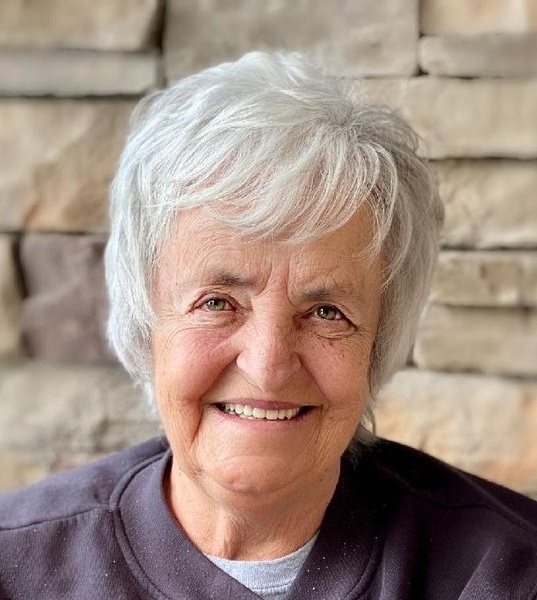 Mona R. Ferguson, 74, passed away peacefully Wednesday, February 16, 2022, with family at her side at Spirit Mountain Hospice in Cody, Wyoming.

Born March 9, 1947 in Billings, Montana to Albert E and Mona Marie Bonawitz, Mona was raised with her two brothers in Billings and at times in Lodge Grass, Montana.

She graduated from Senior High of Billings in 1965. She met the love of her life, Ronald M. Ferguson, Sr. and they were married on July 31, 1965 in Billings. Together with their young family they moved to Powell in 1974 where they raised their two children Ronald, Jr and Glenda while starting their family business, Interstate Tire Service Inc.

As a wife, Mona was extremely proud of the legacy and contributions the business she and Ron built have made to the community over the years as a true “Mom and Pop” operation. She was devoted to her husband and supported him in every aspect of his life.

As a mother, Mona dedicated herself to raising her family. She loved beyond measure and supported each of her children in their endeavors. Mona adored her grandchildren and great-grandchildren. Spending time with them was a highlight for her and her unwavering support has left a lasting impression on each of them. Mona’s family was her true legacy and what she held most dear. She will forever be the family’s favorite cheerleader.

Her smile was contagious and her witty sense of humor often left others speechless. Mona had a unique quality to be blunt when giving advice and was seldom found to sugar coat which many family and friends greatly appreciated her for. She dabbled in genealogy and enjoyed an occasional game of Keno or trip to Deadwood with friends.

Mona is survived by her husband, Ron, her son Ronald ‘Bub” (Shanell) Ferguson of Powell and her daughter Glenda (Greg) Lynch of Powell as well as her brother George (Bonnie) Bonawitz of Billings. She was the proud grandmother of Rachelle (David) Ayers of Dundee, NY, Ronnie (Rebecca) Ferguson of Powell, Bryce Middleton of Idaho Falls, ID, Skyler (Cayla) Middleton of Gainesboro, TN, Kelsey (Jake) Hooper of Casper, WY and Garrett (Cally) Lynch of Surrey, ND. And, the proud great-grandmother to Cooper and Ruby Ayers, Owen and Stetson Ferguson, Declen Middleton, Landon and Jaxyn Middleton, Tristin Winninger. Carter and Oaklie Hooper and Sawyer Lynch. She is also survived by numerous aunts, uncles, cousins, nieces and nephews as well as countless friends.

She was preceded in death by her parents and one brother, Leonard Bonawitz as well as her in-laws Glen and Ulah Ferguson.

Cremation was her wish and a celebration of life is planned for a later date. In lieu of flowers, the family suggests memorial contributions to be given to the Boys and Girls Club of Park County.

To send flowers to the family in memory of Mona Rae Ferguson, please visit our flower store.