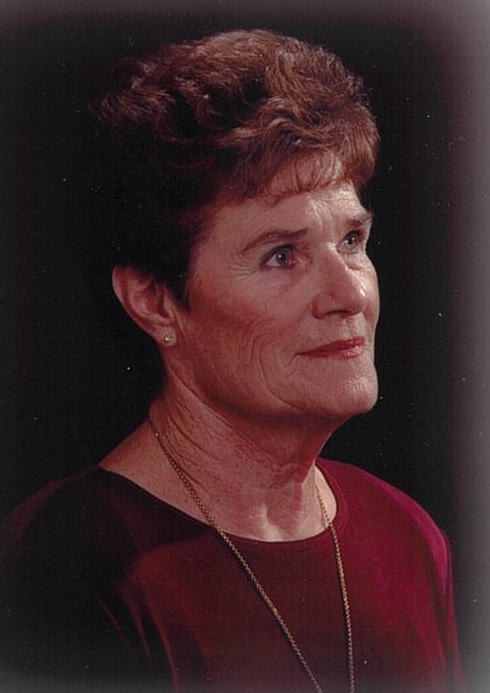 On Thursday, Jan. 7, 2021, Mona Emery Allen Whitlock Phay, loving wife, mother and grandmother went to be with God in Heaven at the age of 89.
Mona was born in Vona, Colorado, on March 22, 1931, to Paul and Esther (Fulton) Emery.
Mona began school in a one-room schoolhouse. Her childhood was a very happy one, filled with days of exploring and riding horses with her cousins. She also worked hard completing farming responsibilities, which included milking cows and taking care of bum lambs.
In addition to cooking, cleaning, sewing and gardening at an early age, she learned how to play several instruments by ear. She could play piano, accordion, harmonica and mandolin, and she enjoyed making music with her father and brother in the evenings.
Mona moved to Powell when she was 15 and graduated from Powell High School as valedictorian in 1949. Except for winters in Arizona, Mona resided in Powell until her passing.
Mona loved sports, especially track, softball and golf. Mona set some high school track records and was honored as a softball all-stater twice. Love of softball was something she shared with her daughters, and they played many summers together. Mona was an accomplished golfer, winning several golf tournaments in Arizona and Wyoming and shot four holes-in-one. Mona also loved to cook and bake. Her homemade chicken and noodles over mashed potatoes was by far the most requested family dinner.
Most of all Mona loved her family. In August 1949 she married her first love, Jim Allen. Together they had four children: Sherry, Jody, David and Tracy. Mona was a loving and devoted mother. She passed exactly 45 years to the day of Jim’s fatal heart attack.
Mona felt blessed to have had three special loves: Jim Allen (married 27 years), Bill Whitlock (married 21 years) and Don Phay (married 16 years). She loved each of them with all her heart and grieved each one’s passing. Each represented a chapter in her life and brought with them wonderful families. She loved them all.
Her love of God and faith in Jesus Christ sustained her throughout her life and most especially her final days.
Mona is survived by her three daughters and their families: Sherry (Pete) Sigmann and her children Darci (Dusty) Carpenter and Deena Funk (Cliff Armstrong); Jody Frazier and her children Shawn (Ben) Hubbard, Jason Frazier, and Kaela (Trevor) Nelson; and Tracy Darrah (Zeke Richards) and her son Neal (Jordan) Simpson. Additional survivors include stepchildren and their families: Pam (Steve) Jay and their children Nick, April and Josh; Penny (Rick) Anderson and their children Brittany, Kelsey and Stacy; Craig (Rhonda) Whitlock and his children Andrew and Amanda; Brett (Cathy) Whitlock and their children Chase, Abbey, Cammy and Sadey; Donna Clark and her children Jeffrey and Melanie. Mona is also survived by 39 great-grandchildren, whom she loved dearly, her best friend and sister-in-law Mildred Emery, and many nieces, nephews, cousins, in-laws and dear friends.
Mona was preceded in death by her parents, her brothers Bob and Billy, three loving husbands, son Dave “Big Dave Wyoming” Allen, sons-in-law Joe Darrah and Chuck Frazier and stepdaughter Deana Rae Ollerenshaw.
Special thanks to The Heartland, Dr. Sapp and Spirit Mountain Hospice House. In lieu of flowers, donations can be made to Samaritans Purse or Spirit Mountain Hospice House in Cody.
A private family service will be held at First United Methodist Church and a celebration of life will be held at a later date.

To send flowers to the family in memory of Mona Shirley Phay, please visit our flower store.
Send a Sympathy Card