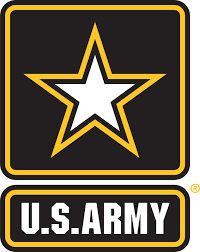 Norman Edward Nielsen passed away on April 10, 2019. He was 100.
He was born on Sept. 18, 1918, to Niels and Emma Nielsen.
Norman graduated from Powell High School in 1936, and was the last surviving member of his class.
He served in the U.S. Army during World War II and was stationed in the Phillippines.
After the war, Norman returned to Powell and was awarded a homestead on Ralston Bench in the Heart Mountain area. He was very proud of his homestead and farmed it from 1948 to 1991. He was a lifetime member of the National Rifle Association and the Rod and Gun Club.
He moved into The Heartland in 2008. He had special friends, with whom he shared the dining table. He always said The Heartland staff and “the inmates” were like family. Normal entered the care center in March 2018, where he made many friends with residents and staff there. He will be missed by many.
He was preceded in death by his parents Niels and Emma Nielsen, older sister Claire Smith, younger sister Elsie Hawley, and brothers Robert and Ralph Nielsen.
He is survived by his sisters Emma (David) Morris of Seattle and Edna (Kim) Caslick of Powell, nephew Lawrence (Debbie) Nielsen, and many more nieces and nephews.
At Norman’s request, no services are planned and cremation has taken place.

To send flowers to the family in memory of Norman Edward Nielsen, please visit our flower store.
Send a Sympathy Card