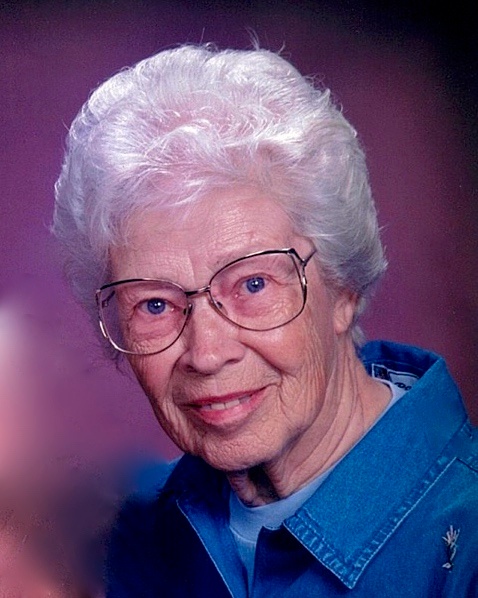 Oleva “Eve” Hays Wharton was born May 30, 1924, in Yarrow, Missouri, a small country town. She passed away peacefully in her Powell home, having just celebrated her 95th birthday a few weeks before.
Eve was the only child born to Reba (Wood) and Robert Hays. She graduated from Kirksville High School in Missouri in 1941. Upon graduation, she worked in the Kirksville shoe factory making combat boots for soliders during World War II.
She married Robert (Bob) Wharton on Feb. 21, 1946. In 1960, Bob and Eve moved from Centerville, Iowa, to Powell, where Bob taught business at Northwest Community College. Eve earned her teaching degree from the University of Wyoming and taught second grade at Southside Elementary School for 20 years. She followed the lives of her former students for years.
Eve will be missed for her homemaking skills. She made the best homemade noodles and pork tenderloin. She enjoyed making cookies and candy for Christmas for her children and grandchildren to enjoy. She made beautiful hand-stitched quilts. She was a master at crochet and embroidery. She remembered her children’s and grandchildren’s birthdays with a card with some spending money enclosed.
Eve was a member of the Presbyterian congregation here in Powell.
She is survived by her two sons David Wharton (Heather) of Las Vegas, Nevada; and Robert Paul Wharton (Marilyn) of Lawrence, Kansas; three grandchildren and 13 great-grandchildren.
She was preceded in death by her husband Robert, her parents and her son George Leon Wharton.
Services for Eve will be held Monday, June 24, 2019, at 2 p.m. at Thompson Funeral Home, 111 West Third Street, in Powell. Burial will follow at Crown Hill Cemetery.

To send flowers to the family in memory of Oleva Helen Wharton, please visit our flower store.
Send a Sympathy Card