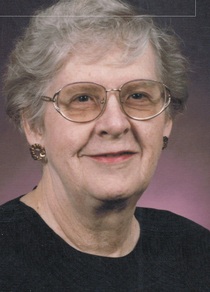 
OraGay Myrick, of Powell, Wyoming, 83, died on Monday January 6, 2013 in Billings, Montana after a brief illness.
She was born on January 5, 1931 in Rock Springs, Wyoming, to Raymond and Margaret (Gale) Davis.
OraGay was raised in Green River, Wyoming where she attended schools and graduated from High School. She then attended the University of Wyoming where she achieved an English degree in education and became a Tri Delt. This is where she became reacquainted with Richard Myrick who had enrolled at the University after being discharged from the army. She met Richard in Byron, Wyoming while growing up.
They dated and were later married in Denver, Colorado on September 9, 1952. They were married for 58 years until Richard passed away in 2011. They lived in San Jose, California, Cheyenne, Powell, and Nampa, Idaho later returning to Powell. They raised four children, were blessed with 9 grandchildren and 12 great-grandchildren.
OraGay was a very devoted, loving, and active wife, mother, grandmother, and great-grandmother. She enjoyed time with her family and was an active participant in all of her familyâ€™s sports and activities. She was a homemaker but periodically substitute taught at the Powell schools. She managed the Sport Shack in Powell and also worked at Marquis Awards before retiring.
OraGay was a member of the Union Presbyterian church and had a passion for playing in the Bell Choir for many years. She also played the piano and organ for occasions and for her family. She was in the League of Women Voters for a number of years. OraGay was also an excellent knitter and her family was given many beautiful afghans, sweaters, scarves, and hats. She enjoyed traveling and saw much of the United States, Alaska, Canada, and Europe. She played and enjoy bridge club with many friends over the years. She was generous with her time and donated time to the senior citizens, the library, and the Buffalo Bill Historical Center.
OraGay is survived by her daughter Susan Myrick of Caldwell, Idaho, sons Kelly (Suzie) Myrick of Powell and Wade (Karen) Myrick of Powell; Grandchildren Tyler Myrick, Ashlee Myrick, Alyssa Myrick, Matthew Myrick, Kassidi Bridge, Kaile Myrick, Whitney Clark, Rustin Myrick, and Hunter Myrick; 12 great-grandchildren; and sister Margot Dersham; and brother Gale (Ray) Davis.
She was preceded in death by her parents, Raymond and Margaret Davis; husband Richard Myrick; and son Mitchell Myrick.
Arrangements were handled by Thompson Funeral Home. Cremation has taken place and a memorial service will be held by her family at a later date.
To send flowers to the family in memory of Ora Gay Myrick, please visit our flower store.