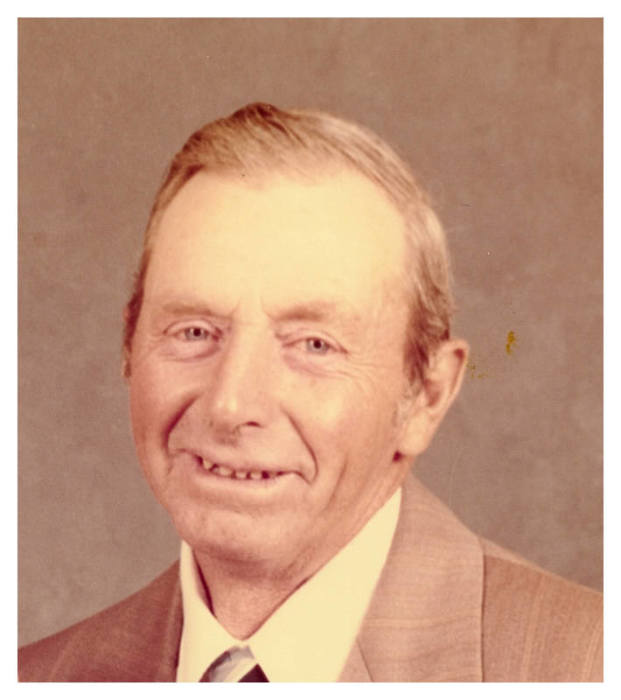 Orval Warren Bjornestad died in the early morning of August 10, 2017, at the Powell Valley Care Center; he was born December 29, 1923 in Worland Wyoming, to Ben Bjornestad and Bertha Nore Bjornestad.

The second oldest of four boys, Orval was born on a cold night in the river-rock house of his mother’s doctor.  Shortly after his birth, his parents and older brother moved to a cabin on the Nowood River not far from Tensleep where he spent the remainder of his childhood.

Orval learned the meaning of hard work at a very young age, as he helped with chores on the family ranch.  At the age of 16, Orval and his younger brother Bernie (age 10), were taken up and left on the Big Horn mountains to tend the family’s sheep. The two boys lived in a sheep herder’s wagon and cared for the sheep for the next two years.

Orval was drafted into The United States Army and served in World War II for four years. He received an Honorable Discharge in 1946.

Orval met his wife, Patricia Burke, in 1949, and they were married on August 11, 1950. Their marriage was solemnized in the Provo Temple in 1979.  After his marriage to Pat, Orval homesteaded on Heart Mountain for the next seventeen years. The family moved to Byron, Wyoming in March of 1968, and Orval went to work for The Great Western Sugar Factory; he retired in 1987.

Orval was known for his kind and loving nature, his ingenuity, friendliness, and sense of humor.  He is most remembered for his desire to help and serve others.

He is survived by his two sons: Dean (Cameron) Bjornestad of Olympia, Washington and Tim (Cindy) Bjornestad of Powell, Wyoming. He also leaves behind one brother, Arthur “Bill” (Dixie) Bjornestad of Manderson,  a sister-in-law, Shirley Bjornestad of Utah, ten grandchildren, and 17 great grandchildren. He’s preceded in death by his wife Patricia of 61 years, his parents, Ben and Bertha Bjornestad, and two brothers, Raymond and Bernard Bjornestad.

Services will be held at 11:00 am on Thursday, August 17, 2017 at the Church of Jesus Christ of Latter Day Saints on Avenue E. A graveside dedication will follow at the Penrose Cemetery.

To send flowers to the family in memory of Orval Warren Bjornstead, please visit our flower store.
Send a Sympathy Card