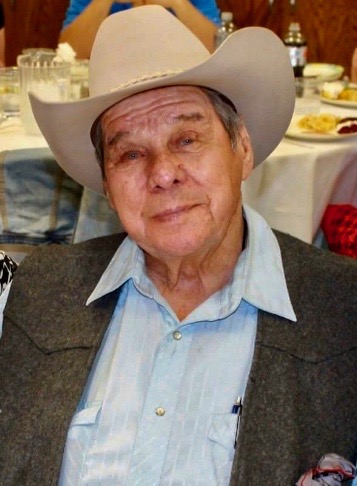 Orvillle “Odie” Francis McConahay passed away on May 3, 2020, at the Powell Valley Care Center. He was 94.

Odie was born on Nov. 18, 1925, in Hulett, Wyoming, to Orval Elias McConahay and Annabell Clemintine Record. He enlisted in the Marine Corp in 1944 and served in the Third Marine Division, Fox Company 23rd.

He was a member of the American Legion and enjoyed hunting, breaking and riding horses, camping, fishing, and being with his family.

Odie loved to share his stories from all his expeditions. He will be lovingly remembered as the best storyteller of his tribe. He spoke of his adventures on the range, in the cab of a truck, and on the front lines as a marine. His rich history was shared with many, whether pitched around a fire at hunting camp or nestled around his table at Homa Hills. Odie was the pillar of his family and left behind a legacy of determination, perseverance, and an intense loyalty to his family and his country. Orville taught his children, grandchildren, great-grandkids the value of an honest day’s work and the importance of reviving the soul in the great outdoors -- on the back of a horse or on a four wheeler.

A public military funeral will be scheduled at a later date. Thompson Funeral Home is handling the arrangements. In lieu of flowers, please send donations to your local American Legion post.

To send flowers to the family in memory of Orville McConahay, please visit our flower store.
Send a Sympathy Card