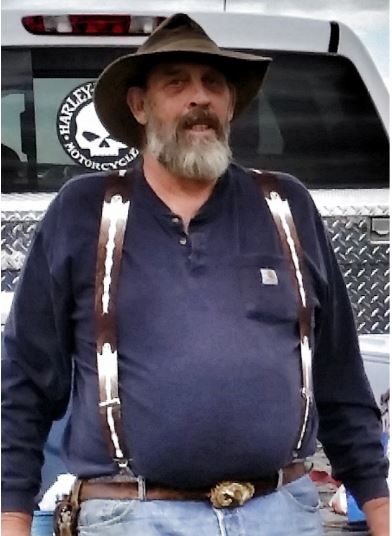 Owen Bennet Obit
February 22, 1952 - June 01, 2020
Owen James Bennet of Powell passed away at the Spirit Mountain Hospice House in Cody on June 01, 2020.
Owen was born to Harold Eugene Bennet and Thelma Sprague Bennet in Casper,  Wyoming on Feburary 22, 1952. He was baptized Catholic, raised on the home ranch in Colorado and graduated from Berthoud High School in 1970. He attended Lamar Community College and then enlisted in the US Navy in 1973. He went to US Naval School for Electronics Technician Class "A" and A3 Radar Service School Command. He served in the Vietnam Era, where he served as a Petty Officer 3rd Class Electronic Tech on the USS Oriskany CVA-34. Owen was awarded the National Defense Service Medal for Wartime Service.
He met Sally Louise Hopkins and they began their married life on April 29th, 1978 where they broke a seven year drought that afternoon & got snowed in with a three foot blizzard that evening. He opened his own business, Adon Electronics Repair where he repaired tv, vcr, microwave & other electronics plus installed both big and small Satellites. His proudest job was when he worked on the electronic panel on a bomber plane in Greybull, Wyoming and fixed it! He had returned to college in 1983, carrying a 4.0 in Casper College. He graduated second in his class by a mere fraction.
Owen and Sally had three children, Shawn, Aaron & Bessie Bennet Holdsworth. He loved his family very deeply. He loved all animals but his most recent fur baby was his little dog Peanuts and they were inseparable. He enjoyed talking about the moon and constellations, military planes- especially Bombers and Naval Ships. He knew the names of them all. He loved nature and knew every mountain and backroad within Wyoming and at least half of Colorado. He really enjoyed anything that had to do with history. Most of all he loved that at least three of his grandchildren lived close enough to have spent much valuable time together. His grandchildren were the apples of his eyes and he was truly proud of all five of
them!

Owen is survived by his mother; Thelma Bennet of Loveland, Colorado, wife; Sally Bennet, son; Aaron Bennet, daughter; Bessie (Scott) Holdsworth of Powell and five grandchildren. He is also survived by his brothers Bruce (Karla) Bennet and Warren (Karla) Bennet, both of Berthoud, Colorado and many nephews and nieces.
He was preceded in death by his father; Harold Eugene Bennet, his son; Shawn Jay Bennet and his granddaughter; McKenzie Bennet.
Services for Owen will be held at a later date

To send flowers to the family in memory of Owen Bennet, please visit our flower store.