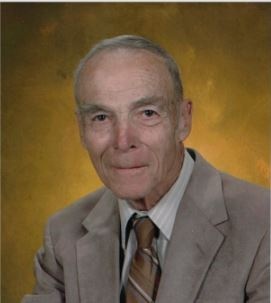 Paul R. Custer of Powell died April 6, 2020, at the age of 87. He had been a resident of the Powell Valley Care Center for two years.
He was born in Guymon, Oklahoma, on Dec. 22, 1932, to parents Paul A. and Cavita Bell Custer.
Paul graduated from Hot Springs County High School in 1952, in Thermopolis. He worked several years for local ranches and the lumber yard before volunteering for military service in the U.S. Army. Following his honorable discharge, Paul took advantage of the G.I. Bill education benefits to earn a geology degree from the University of Wyoming.
While working as a geologist for Husky Oil Company in Cody, he met his future wife, Helen Moller Custer.
Paul returned to college to earn his credentials to teach science in high school and middle school. He started his teaching career in Wheatland, Wyoming, before moving to Powell in 1966. He retired in 1992 after teaching science for 30 years. Paul cared deeply for his students’ welfare. One of his greatest joys was seeing his former students and being reminded, “You were my science teacher. Do you remember me?”
In earlier years, Paul enjoyed fishing, camping, hunting, golfing, his pet dogs, and appreciating the beautiful scenery in Wyoming. Camping trips on the North Fork with family and friends were his fondest memories. He was a member of the First United Methodist Church and lived with a Christian spirit of kindness, empathy forgiveness, faith and love.
His is surved by his wife of 59 years, son Mark (Sue) Custer of Alliance, Nebraska; daughter Connie (Tim) Hopkins of Houston, Texas; granddaughter Casey Hopkins of Dallas, Texas; grandsons Matthew (Katie) and Mitchell (Rachel), both of Manhattan, Kansas. He is also survived by his brother Larry (Nancy) Custer of Casper, Wyoming; brothers-in-law Neil Freudenthal of Louisiana, Pete (Lois) Moller of Cody, and Fred (Joan) Moller of Cody; many nieces, nephews, extended family members, and special neighbors and friends.
He was preceded in death by his parents, sister Kay Freudenthal, sister-in-law and brother-in-law Esther and James McWilliam, and nephew Keith Moller.
Due to travel restrictions, a private graveside service and burial was held in the Powell Crown Hill Cemetery, with Thompson Funeral Home assisting with arrangements. In lieu of flowers, the family suggests memorial donations to Caring for Powell Animals, P.O Box 504, Powell, WY 82435; Powell Senior Citizens Center Building Fund, P.O. Box 1156, Powell, WY 82435;, or charity of your choice.

To send flowers to the family in memory of Paul Ronald Custer, please visit our flower store.