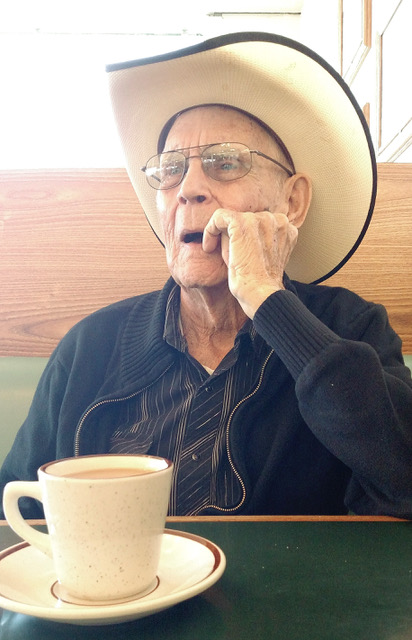 Paul Warren Hilleary, 85, died Monday, October 28th at the New Horizons Care Center in Lovell, Wyoming. Paul was born July 27th, 1934, to Lee & Vera Stanfill Hilleary in Macomb, OK. After graduating from high school, he enlisted in the Air Force serving overseas during the Korean War. He was discharged in 1956.

On July 4th of 1959, while working on a ranch in Dillon, MT, Paul entered a rodeo and drew the bull Midnight Lace. He was thrown off and seriously injured ending his bull-riding days. Some of his fondest memories were of his time as a ranch hand on the Triple U Ranch in South Dakota. He retired from a career as an over-the-road truck driver in 2002 after 40 years.

After living in Albuquerque, NM for 25 years, Paul moved to Powell in 2015 with the help of his niece Deb Smith and his great niece Jamie Smith. He enjoyed the fellowship of the Episcopal Church, meals at the Senior Center, the Cody Night Rodeo, and various family outings. In 2017 Paul suffered a fall which resulted in a broken hip. Due to complications after surgery, he entered the New Horizons Care Center. His life there was enriched by interacting with the other residents and listening to music by Bob Wills which the staff played for him. He loved old westerns, biscuits and gravy, and sitting in the sun enjoying a hot cup of coffee.

Paul was preceded in death by his parents, sisters Juanita Stephens and Betty VanDyke, bother Richard “Sonny” Hilleary and his wife Leona. He is survived by many loving nieces and nephews.

A service for Paul will be held at the Thompson Funeral Home on Friday,  November 8th, beginning at 4 pm. Donations can be made in Paul’s name to the City of Powell Animal Shelter, for Paul never met a four-legged fur-baby he did not love.

To send flowers to the family in memory of Paul Warren Hilleary, please visit our flower store.
Send a Sympathy Card