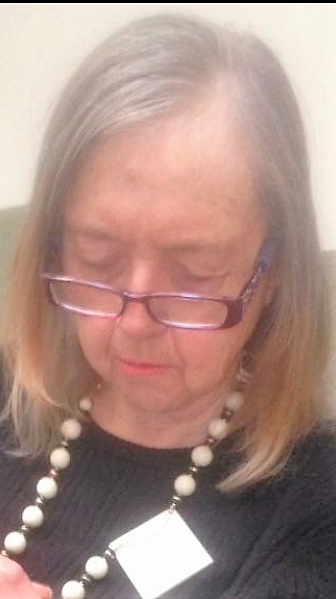 Pauline Elizabeth Gould
(July 21, 1934 - Feb. 4, 2018)
Elizabeth Gould died Sunday, Feb. 4, 2018, at Powell Valley Care Center in Powell. She was 83.
Elizabeth was born July 21, 1934, in Douglas to Bernice (Reeves) and John Paul Scott.
She graduated from Natrona County High School in Casper in 1953 and went on to receive her associate of arts degree from Northwest College in Powell. Over the years, she lived in Bill, Wyoming; Casper; Kimball, Nebraska; Powell; Cody; and Meeteetse.
Elizabeth worked in accounts payable for Husky Oil, and also was a seamstress/draper.
Her creativity could be seen in her drawing, painting, sewing, crocheting and quilting.
Elizabeth was a member of the quilting club and Desk & Derrick.
She is survived by her daughter Cyndi (Joe) Barski of Powell; sons Bruce (Yvonne) Gould of Las Vegas, Nevada, and Curtis Gould of Central City, Nebraska; sisters Mary Peoples and Cathy Schneider of Casper and Jerry Esmaiel of Casper and Kuwait; and sister-in-law Helen Scott of Casper. She also is survived by two grandchildren, Erin Barski and Caitlin Bieber of Powell, and two great-grandchildren, as well as two nieces and six nephews.
Elizabeth was preceded in death by her parents and brother Rodney Scott.

She was a voracious reader and shared her love of books and stories with her kids and grand daughters. The Presbyterian PW group is raising funds to buy books for kids in Kindergarten - 2nd grade ( Books for Kids)

Funeral services will be held at 11 a.m. Friday, Feb. 9, at Union Presbyterian Church in Powell. Visitation will be from 5:30-7 p.m. at Thompson Funeral Home in Powell.
Burial will follow at the family plot in Douglas.
Thompson Funeral Home is in charge of arrangements. The family has requested that condolences be sent to them online at www.thompsonfuneral.net or to P.O. Box 807, Powell WY, 82435.

To send flowers to the family in memory of Pauline Elizabeth Gould, please visit our flower store.