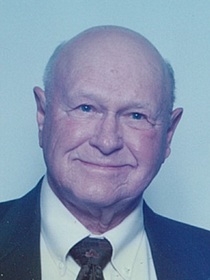 August 29, 1930, a warm summer's day, Philip Charles Wilson was born to
Charles A. and Dorothea F. Wilson. December 17th, 2016, a cold clear day,
our Savior reached out and brought Philip home.
Philip wed A. Arlene Clark on May 15th, 1949 in Pavillion, Wyoming.
Philip worked for Shell Oil company as a senior draftsman for 20 years. He then
moved with his family to Basin, WY in 1971, where he worked at Torchlight Oilfield
and drove bus for school activities. After several years, events in Philipâ€™s life led him
to dedicate himself to full time ministry for the Lord. He enrolled at Denver Baptist
Seminary and became an assistant pastor at Broomfield Baptist Church in Broomfield,
Colorado. Over his lifetime, Philip took part in starting three churches in Casper and two
churches in Worland. While in Worland, he obtained his ordination at the
Big Horn Independent Baptist Church. In 1981, Philip and Arlene moved to
Story, Wyoming and helped start Red Grade Christian Academy where he served
as the school pastor and taught until 1987. Philip became full time pastor
of Grace Chapel church in Story, Wyoming and served there until February
2011. Philip and Arlene retired from the ministry and moved to Powell,
Wyoming. Philip was proceeded in death by his parents Charles and Dorothea Wilson.
He is survived by his three brothers: Stephen (Peg), Stark (Darlene), and
Paul (Sara); his four children:  Philip T. (Anne) Wilson of Powell, Janet
(William) Dill of Sheridan, Deborah Dellos and Nicholas Wilson of Billings; and
twelve grandchildren and eighteen great grandchildren.
Services will be held Wednesday, December 21, 2016 at Charity Baptist
Church, 176 N. Day St., Powell, WY at 1:00 p.m.
In lieu of flowers, the family has requested memorials be made in Philip's
name to Grace Chapel, P.O. Box 55, Story, WY 82842.
To send flowers to the family in memory of Philip Charles Wilson, please visit our flower store.
Send a Sympathy Card