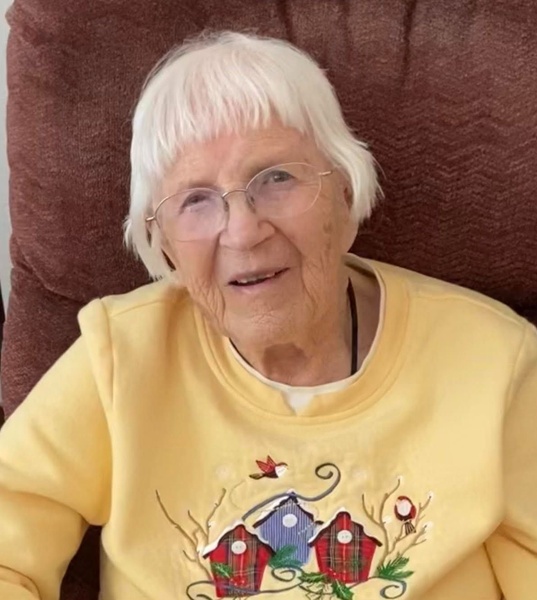 Phyllis Irene Lundvall passed away on Oct. 12, 2021, at the Powell Valley Care Center.

Phyllis was born on Jan. 5, 1924, in Cody, to Edwin and Ada Fertig
Ballinger. She grew up on the South Fork and graduated from Cody High
School in 1941. She married Lawrence Lundvall on May 22, 1941, in
Basin, Wyoming. They celebrated 71 years together.
They ranched on Monument Hill, farmed in Powell and owned the A&W in
Worland. In retirement, they enjoyed traveling and following the
Wyoming Cowboys. They were snowbirds for many years and then settled
in Leesburg, Florida.

She was on the committee to make Brittany Estates Mobile Home Park a
resident-owned park and served on the board for many years. She loved
to play bridge and was proud when she earned her life master in
contract bridge. She liked to play the piano, grow flowers and watch
sports on television, especially tennis.

The family would like to thank all the staff at the PVHC Care Center,
who so lovingly took care of Phyllis, as well as Dr. Bohlman.

Memorials may be sent to Wyoming Disabled Hunters, PO Box 2232, Cody
WY 82414, or the charity of your choice.

To send flowers to the family in memory of Phyllis Irene Lundvall, please visit our flower store.