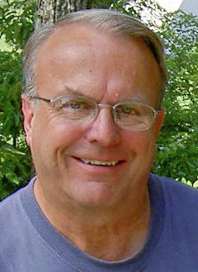 Richard “Dick” Lowell Kattenhorn passed away Dec. 29, 2020 in Powell, Wyoming.  Dick was born in Billings, Montana on May 17, 1942 to parents Dr. Lowell and Doris Kattenhorn.  He spent his childhood in Powell until he moved to Karachi, Pakistan with his parents who were doing mission service for the Seventh-Day Adventist Church. Upon his return to Powell he continued his education and graduated from Powell High School in 1962. He was drafted into the US Army and was trained as a Nike Missile technician and machinist. He served for two years and returned to Powell to be reacquainted with Carleen Miller, wife of 51 years, and her two children Ty and Trever.  He adopted those children to raise them as his own until the day he passed.

Dick and Carleen moved to Denver, Colorado in 1970 where Dick would use his training to become a master machinist and start his own business, Golden Tool and Machine. Soon after they moved to Denver they added another son Troy, to the family.  Dick ran his own successful business for years with his boys working alongside him. He decided to close the business and try his hand at sales and opened Foothills Machinery Sales in 1984. He retired in 2009 leaving a lasting impression on everyone he did business with during those years. He was known as an honest, hard working problem solver. He loved to create, build and teach others. In his personal time he was an avid pilot, scuba diver, maker, traveler and photographer. He loved his family and was a great provider. He was a friend to all animals.

To send flowers to the family in memory of Richard "Dick" Lowell Kattenhorn, please visit our flower store.