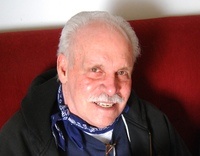 Richard â€œWadeâ€ Welch, 69, of Rochester Hills, Michigan, passed away Friday, July 5th, 2013 at Beaumont Hospital in Royal Oak, Michigan.
Wade was born April 22nd, 1944 in Cowley Wyoming to Ford and Ruth (Stubbs) Welch.  He graduated from Cowley High School in 1962 and began working as a masonry apprentice for Strom and Nordstrom.  In June 1964 he married Judy Martin and moved to Cody and began working nights at the gypsum plant while attending Northwest Community College for dentistry.  Some say it was the love of hammering things at the gypsum plant that began to peak Wadeâ€™s interest in building.  During this union Wade and Judy had two children, daughter, Shanee Dee and son, Yancy Beau.   Also during this time Wade began a partnership in construction with his then brother-in-law, Merwin Martin and Martin & Welch Construction was born.  This partnership ended in 1977 along with his marriage to Judy and Wade went out on his own.

In August 1979 Wade married his partner for life, Billy Petersen, and with this union added Billyâ€™s two sons, Thomas and Troy.  Additionally Wade & Billy had three children of their own; daughter, Kimberly Ruth, daughter, Ketti Beth, and son, Rhett Wade (deceased), to create a rewarding family of seven.

Wadeâ€™s love in life was working construction with his sons, and in 1989 moved to Michigan and became a respected carpenter and the business owner of R. W. Welch Construction, which he proudly maintained until his health made it difficult to work.   After retirement, Wade became deeply involved in his church, The Church of Jesus Christ of Later Day Saints, enjoyed cooking and playing with his grandchildren.

Wade was preceded in death by his parents, and infant son, Rhett.

Wade is survived by his wife Billy of 34 years; sons Tom Bloomenrader of CA, Troy (Becca) Bloomenrader of Powell, WY, daughter Shanee (Eric) Parham of Powell, WY, son Yancy (Robbi) Welch of Powell, WY, and daughters Kimberly (Paul) Hornung of Royal Oak MI & Ketti (Josh) Kohl of Sidney MT; also survived by 9 grandchildren, and one great-grandchild; brothers Ford (Bernice) Welch of San Diego, CA, Michael (Ellen) Welch of Snellvielle, GA, Klaes (Nancy) Welch of Mandan ND, and brothers Todd (Myrna) Welch of Colorado Springs CO & Dr. Charles (Loretta) Welch of Cody, WY, and sister Marsha (Kneil) Baron of Orlando, FL  and many nieces and nephews.  A funeral service has taken place in Rochester Hills, Michigan, and an additional service will be held on Saturday, July 13, 2013, at 10:00 a.m.  at the LDS Church on 7th Street, in Powell.  The service will be preceded by a visitation and viewing at the church at 9:00 a.m. with internment at the Crown Hill Cemetery to follow.

To send flowers to the family in memory of Richard Wade Welch, please visit our flower store.
Send a Sympathy Card