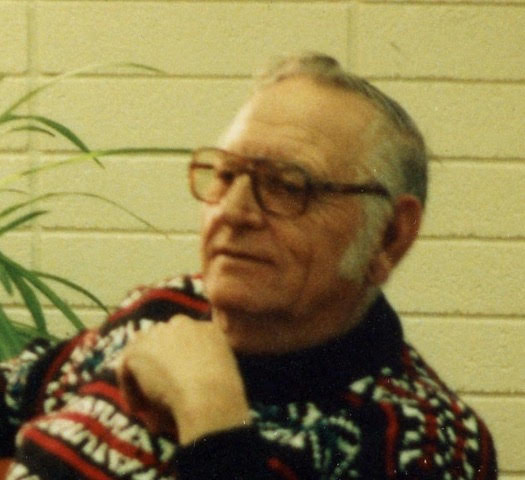 Robert Allen ‘Chris’ Christoffersen
(Oct. 10, 1937 - May 22, 2018)
Robert Allen ‘Chris’ Christoffersen was born on a Willwood homestead Oct. 10, 1937, to Marse and Anna Jane Sailor Christoffersen. He attended Powell schools and graduated in 1955. He graduated from NWJC in 1957,  and joined the Navy that year.
Chris married Mary Alice Smart in December 1959.
He transfered to the Navy Fleet Reserve 1977 as a chief hospital corpsman. While in the Navy, he served on both coasts and spent three tours with the Fleet Marine Corps. He was proud that he had served in the First, Second and Third Marine Divisions, including twice in the First and Second Divisions.
After leaving active duty from the Navy, Chris and Mary Alice lived in a home they built on west Willwood, where they raised four children and Jersey cows.
Proving that old sailors are like house plants, and need to be transplanted from time to time, when their last child graduated in 1991, he and Mary Alice moved about. They lived in Hot Springs, South Dakota; Buffalo, Wyoming; Billings, Montana; and Idaho Falls, Idaho.
In his retirement years, Chris served at the Billings Montana Temple and clerked for his church.  He clerked for one stake president, four bishops and two branch presidents all while living in three different stakes.
Chris is survived by one sister; his wife of 58 years; four children, Terri, Curt, Robin and Dan; 10 grandchildren and five great-grandchildren. He was preceded in death by his parents, a very dear uncle Bill, both brothers and one sister.
Chief Christoffersen departed May 22, 2018, at the age of 80, under PCS orders to a higher command.
In place of flowers, please consider making a donation to the Honor Guard so that they can continue this service for other veterans.

To send flowers to the family in memory of Robert Allen Christoffersen, please visit our flower store.
Send a Sympathy Card