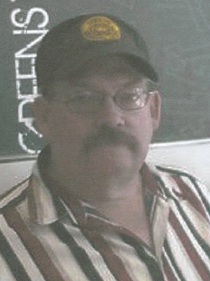 Robert Elder died peacefully at his home in Powell on Sunday, March 29, 2015. He was 58.
Robert was born May 15, 1956.
He was a loved and respected part of the community. Robert served in law enforcement and as an EMT for many years.
His biggest hobby was ham radio. HIs day was always enlightened by his time with his friends, having coffee and tea. Robert loved his family time and always looked forward to outings with his grandchildren.
Robert is survived by his sister Caroll Wendel; brothers Dennis (Betty) Elder and Danny (Janice) Elder. He also is survived by five children, including Nonie (Robin) Potter, Alfred Clark and Emma (Eric) Haynie and twins Omar and Tasha Saxen; and 14 grandchildren.
Robert was preceded in death by his father Terry Elder, mother Rose Elder and brother-in-law Gene.
Services will be held at 10 a.m. Friday, April 3 at The Eagles in Powell.
Thompson Funeral Home is in charge of arrangements.
Memorial donations can be sent to Thompson Funeral Home at P.O. Box 807 Powell, WY, 82435. Condolences also may be sent to the family online at www.thompsonfuneral.net.
To send flowers to the family in memory of Robert Elder, please visit our flower store.