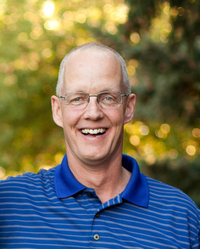 Robert Aaron Lofland, 51, died on Aug. 25, 2013, surrounded by his family at his home in Arvada, Colo., following his courageous eight-month fight with cancer, a complicated case of Non-Hodgkins lymphoma.

Rob was an only child, the pride and joy of the late Robert A. and Claudine L. Lofland, born Oct. 2, 1961, in Edmonton, Alberta, Canada.

At a young age, his family moved to Powell, where he spent his years growing up.

He was an award-winning swimmer and golfer, and at one time ranked seventh in the state of Wyoming among high school athletes for golf. He married his high school sweetheart, Carmel, on Aug. 7, 1982, in Powell.

He attended the University of Wyoming and later furthered his education at ITT Technical institute in Phoenix. He enjoyed his career as a field service engineer for 25 years. He and his family moved to Colorado from Arizona and had enjoyed living in Colorado for the past 16 years.

He had a great appreciation for the outdoors. Rob's true passions were golf, taking care of his yard and spending time with his family.

His four little grandboys were the love of his life and he enjoyed the wonderful times he spent with them. He was extremely excited for the arrival of his first granddaughter, due this October.

He had a strong testimony and was an active member of the Church of Jesus Christ of Latter-day Saints, following his conversion 25 years ago.

Rob had an incredible zest for life, a contagious smile, a fabulous sense of humor and a heart of gold, always willing to help anyone in need. Above all, Rob was a devoted and loving husband, dad, grandpa and friend.

A graveside service will be held in Powell at the Crown Hill Cemetery at 11a.m. Tuesday, Sept. 3.
To send flowers to the family in memory of Robert Aaron Loftland, please visit our flower store.