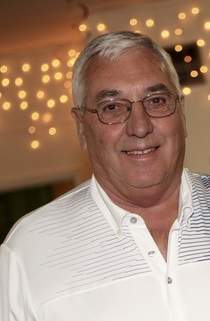 Robert Dale Nemitz, commonly known as Bob, 69, of Powell, Wyoming passed away on February 8th, 2016 after a long battle with cancer. He was surrounded by his family and friends. He was born on December 1st, 1946 in Huron, SD to Herbert Nemitz and Emma Weikum Nemitz. The Nemitzâ€™s moved to Brookings, SD where Bob graduated high school from in 1964.
Bob moved to Powell, WY in 1980, where he began working for First National Bank and Trust, and met Karen Schock. Bob and Karen were wed on December 31st, 1990 in Powell.
Robert started the 1st chapter of Duckâ€™s Unlimited in Powell, and was very active within several other groups and community activities. He had a passion for fishing, hunting, camping, and golfing, and he loved to share this passion with his family, and friends.
He is survived by his wife, Karen of Powell, WY; brother and sister-in-law, Doug and Judy Nemitz of Brookings, SD; son, Chase Nemitz of Powell, WY; son and daughter-in-law, Tony and Julie Nemitz of Elk Grove, CA; daughter, Lexie Nemitz of Powell, WY; daughter and son-in-law, Tracy and David Ibarra of Fort Collins, CO; along with 7 grandchildren, 2 nephews, and 2 nieces. Bob is preceded in death by his father and mother, Herbert and Emma Nemitz, and an infant brother, Paul.
Services will be held on Saturday, February 13th, 2016 at 3:00 P.M. at New Life Church in Powell (185 S. Tower Blvd.). There will be a celebration of life at the Powell Elks Lodge following the services. Casual attire is acceptable.
To send flowers to the family in memory of Robert Dale Nemitz, please visit our flower store.