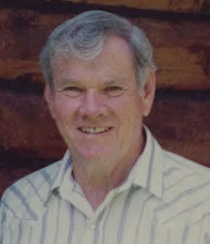 Rodney Leigh Payne (July 6, 1927 â€“ October 17, 2016 )
Rodney Leigh Payne, 89, passed away in Powell, Wyoming surrounded by family.
Rod was the husband of Jackie M. (Casey) (Christensen) Payne with whom he shared 37 years of marriage and a wonderful blended family.
Rod was born on July 6, 1927, in LaJunta, Colorado to Harry L. and Grace D. (Thomas) Payne.
He attended schools in LaJunta, graduating from high school in 1945. He then joined the Merchant Marines to see the world and sailed multiple times to Alaska and the Southern Pacific during his two enlisted years. After his tour of duty, he earned Bachelor (1951) and Master (1960) of Education degrees from Northern Colorado College in Greeley, Colorado, where he met Louise Lorraine Shain. They were married on June 10, 1951 in Torrington, Wyoming. Rod and Louise moved to Powell, Wyoming, in the fall of 1951 where they both started teaching positions and Rod began a 36-year teaching career. Rod and Louise raised three children, Ron, Linda and Derek in Powell. Louise passed away in 1979 and Ron passed away in 1992.
Rod later married Jackie (Casey) Christensen whose husband, Ray Christensen, had passed away the prior year. Jackie and Ray had four children, Casey, Mike, Kelly and Lisa. The marriage between Rod and Jackie now expanded the blended family to seven children.
Besides spending time with family, Rod loved sports, hunting, fishing, camping and spending winters in Arizona and time at the cabin east of Pahaska. Rod was an avid tennis player and a long-time member of First United Methodist Church in Powell.
Rod was preceded in death by his parents, Harry and Grace Payne of LaJunta, his first wife, Louise, after 28 years of marriage, his son, Ron Payne, in 1992, his step-son, Casey Christensen, in December 2014, and his sister, Phyllis Roberts of Yucaipa, California.
Rod is survived by his wife, Jackie, brother Don (Adrah) Payne of New Jersey, his children Linda Sudduth of Cody, Derek (Kim) Payne of Salt Lake City, Mike (Annette) Christensen of Cody, Kelly (Mindy) Christensen of Powell, and Lisa (Doug) Pribyl of Goodyear, AZ. He is also survived by 14 grandchildren and 7 great-grandchildren.
Memorials may be made to the Rodney Payne Memorial Scholarship, c/o Powell Schools Foundation - Mary Jo Lewis, 160 N. Evarts, Powell, Wy 82435 Or to the First United Methodist Church in Powell Wyoming.
Memorial services will be held Friday November 4, 2016 at the First United Methodist Church in Powell at 2:00 pm Private family burial will take place at a later date.
Thompson Funeral Home is handling arrangements, and condolences may be sent online at www.thompsonfuneral.net or to P.O. Box 807, Powell, WY 82435.-
To send flowers to the family in memory of Rodney Leigh Payne, please visit our flower store.
Send a Sympathy Card