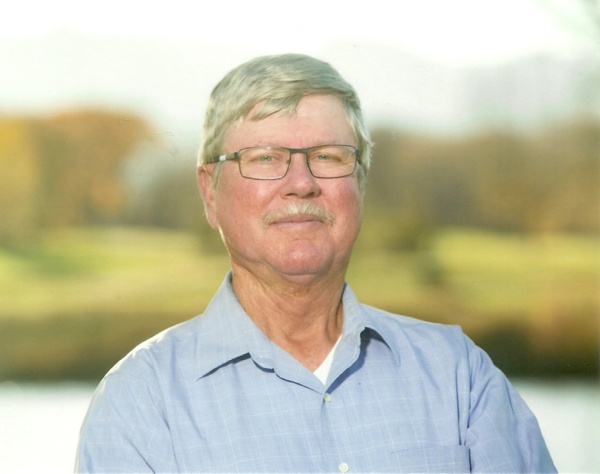 On August 13th, 2017, Rolly Otto passed from this world into the next.  Rolly was born in Powell, Wyoming on July 10, 1948.  His first home was an apartment in the Japanese Internment Camp.  Fortunately, his parents included him when they moved from Camp to their new homestead on the west end of the Ralston Bench, in Wyoming’s Big Horn Basin, near the end of the newly completed Heart Mountain Canal.

Rolly attended school in Powell, graduating from Powell High School in the notorious class on 1966.  Rolly attended Northwest College in Powell, was drafted in the Army in 1969, served in Vietnam, and returned to college at the University of Wyoming, where he met and eventually married Carlie Yvonne Blaylock.  Carlie and Rolly kept each other warm for the next 44 years.  Rolly loved being out-of-doors, and was excited when his dad asked him to join the family farming operation, where he took over the management of the farm following his father’s death.  The Otto’s would farm for the next 30 years.

Rolly served as the president of the Heart Mountain Irrigation District Board of Directors, president of Wyoming Writers, Inc., was an early member of the Powell Valley Honor Guard, and in later years acted as head of the Pastoral Parish Relations Committee of the local Methodist Church.  While a member of Wyoming Writers Inc., Rolly’s writing won several awards, and he would publish articles in the Farm Journal, Successful Farming, and Top Producer, along with several other agriculture related magazines.  He also wrote a regular guest column in the Powell Tribune during that time.  He loved a good joke, cars, and sporting events.  After he retired from farming, he seldom missed watching NASCAR in the summer and Wyoming Cowboy Basketball in the winter.

Rolly truly enjoyed life, and looks forward to seeing his friends, neighbors, and family on the other side of the Great Divide.  Rolly is survived by his loving wife Carlie, sons Aric of Powell and Jason (Sarah) of Sheridan, Wyoming, grandsons Isaac, Garrett, and Jeffrey, brothers Don (Leslie) and Earl (Judy), sister Ardell Smith, and numerous nieces, nephews, and cousins.

To send flowers to the family in memory of Rolland D Otto, please visit our flower store.