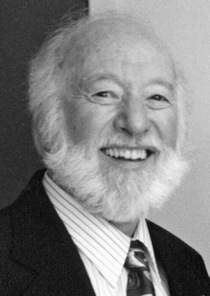 Ronnie Bedford was born into a large musical family in Bridgeport CT on June 2, 1931. His natural talent for drumming was apparent at an early age and he received his first drum at the age of ten. His last drum solo was during Happy Hour music at the Powell Valley Care Center. He was eighty three.  In between, he had a long and gratifying music career.

In 1949 Ronnie went on the road with Louis Primaâ€™s band. Subsequently, he entered the US Army where they tapped his talents and he was assigned to a band. Later, he toured the world with the Benny Goodman Quintet, playing before 10,000 fans in Central Park in New York and filling Royal Albert Hall in London. Benny Carter had him as his drummer for many gigs, including Jazz at the Smithsonian. He performed with many well known figures and was on stage in two Broadway shows. He performed for nearly 20 years with the Morris Nanton piano trio with bassist Norman Edge. Ronnie was a member of NY Local 802, A.F.of M. AFL-CIO for over 50 years. He is listed in the Encyclopedia of Jazz.

In 1980, he and his wife, Janet came to Wyoming on vacation and marveled at the different pace of life from their home near New York City. The next year they taught music and art workshops near Cody and began to dream of enjoying a new way of life. After several more trips west and inquiries directed at colleges and universities in the region, Ronnie was hired by Northwest College to start in January 1986 as a Percussion Instructor. That lead to a twenty five year career during which he helped found the Yellowstone Jazz Festival and earned the Governorâ€™s Award for the Arts for his efforts promoting jazz throughout the region. His greatest satisfaction was broadening the world of music for his students.

Ronnie is survived by Janet, his wife of 35 years, children Georgia Schwartz (Jamie Schwartz), and son Jason from his first marriage, two granddaughters, Thea and Stella Schwartz and two step daughters, Kathy Ahlers and Ruth Ahlers (Jack Raineault) and many nieces and nephews. He was predeceased by his parents and six siblings.

Cremation has taken place. Thompson Funeral Home is handling arrangements. A public celebration of his life and music will be announced at a later date.

To send flowers to the family in memory of Ronald "Ronnie" Bedford, please visit our flower store.