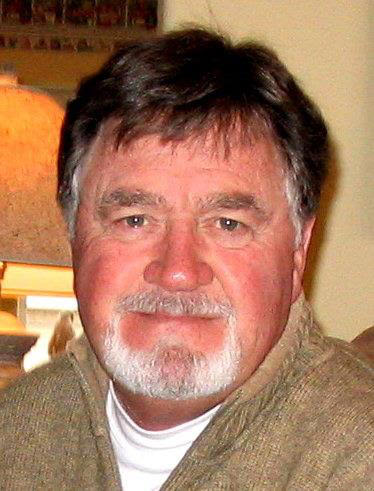 Ronald D. Lytle
(March 23, 1935 - Nov. 6, 2017)
Retired Episcopal priest Ronald D. Lytle, 82, died Monday night, Nov. 6 at his home in Powell.
He retired from St. John’s Episcopal Church in Powell, and over the course of 30 years served as priest in the Episcopal Diocese of Wyoming, the Diocese of Eau Claire, Wisconsin, and the Diocese of Montana.
Before entering the priesthood, he had a career in the newspaper industry as a publisher in Wyoming and Montana. He served as publisher of the Powell Tribune, the Jackson Hole Guide, the Lovell Chronicle and the Hardin, Montana, Herald.  He was a past president of the Montana Press Association and a member of the Wyoming Press Association.
Ron was born March 23, 1935, in Donnelly, Idaho, to Donald Earl Lytle and Evelyn (Herrington) Lytle.
He earned a Bachelor of Science Degree in Journalism at the University Wyoming and married Kathryn M. Doto in Denver, Colorado on June 12, 1960.  To this union were born four children, Donovan, Kirsten, Dana and Sydney.
He is a past president of the University of Wyoming Alumni Association and a member of Sigma Delta Chi Journalism Honorary.  He graduated from the School of Theology at the University of the South in May, 1986.
A veteran of the United States Navy, he was a 50-year member of the U.S Submarine Veterans Holland Club. He proudly served on the USS Bass SS551.
He formerly served on the Park County Library Board and the Park County Mental Health Board. He was a member of the Northwest College Foundation Board and the Powell Golf Club. He also was a former member of Rotary and Cold Duck Ski Club.
Ron enjoyed playing golf, reading books and poetry. He was an avid outdoorsman, fisherman and boater.
Survivors include his wife Katy of Powell; two sons, Donovan Lytle and wife Teresa of Portland, Oregon, and Dana Lytle and wife Cheryl of Madison, Wisconsin; two daughters, Kirsten Adams and husband Dan of Bettendorf, Iowa, and Sydney Lytle-Petett and husband Andre of Portland, Oregon; a brother-in-law, Verne Willis of Kansas City, Missouri; and 11 grandchildren.
He was preceded in death by his parents; his sister, Dixie Willis, and infant brother, Robert.
Funeral services will be Monday, Nov. 13 at 10:30 a.m. at St. John’s Episcopal Church, with the Rev Megan Nickles officiating.
Honorary pallbearers will be grandchildren,  Braxton Adams, Tyler Adams, Garett Lytle, Matlin Lytle, Phoebe Lytle, Iris Lytle, Natalie Adams, Zachery Petett, Malcolm Petett, Oni Kai, and Akela Jaffi.
Thompson Funeral Home is in charge of arrangements and condolences may be sent to the family at www.thompsonfuneral.net or P.O. Box 807, Powell, WY 82435.

To send flowers to the family in memory of Ronald Dale Lytle, please visit our flower store.
Send a Sympathy Card