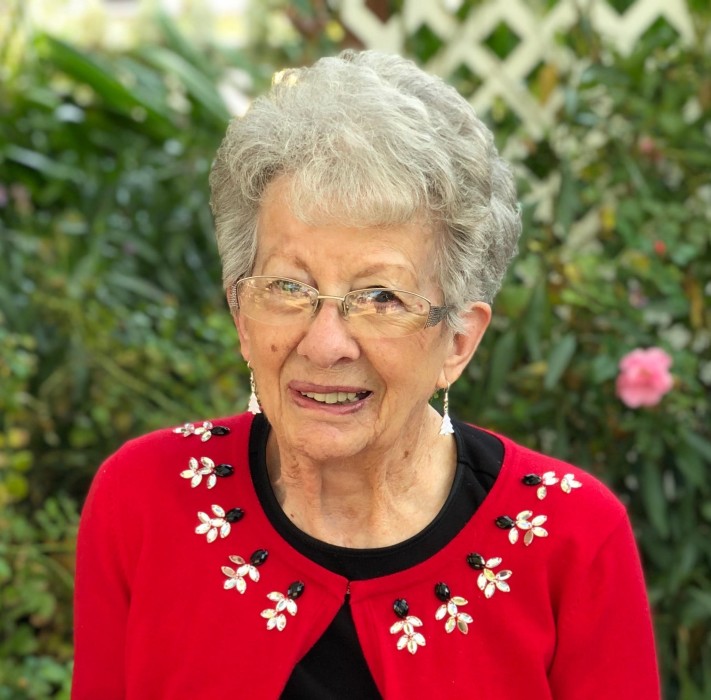 Ruby Lynn Hopkin was born July 29, 1928, at home in Mantua (Deaver area), Wyoming. She passed away suddenly and unexpectedly at The Billings Clinic on Monday, Feb. 11, 2019, at age 90 from undiagnosed and inoperable cancer.

She was the first of five children born to Ivin and Julia (Bender) Lynn. She attended Powell schools and graduated among her life-long friends in the PHS Class of 1946. She also attended Northwest Community College after high school — one of a few of the first class of students at NWCC. She also attended Brigham Young University before and after her marriage.

She taught third grade for one year in Lovell, Wyoming, prior to her marriage. She loved her students and followed their lives from then on, often attending their weddings and funerals.

She married Burchell E. Hopkin on June 17, 1949, in the Idaho Falls Temple, where they shared their wedding day with Ruby’s sister, Betty Joan, whose marriage to her husband Don Mayer took place just after Ruby’s.

Ruby and Burchell were longtime church and school friends and while she had many beaus, she waited out Burchell’s WWII Army service and church mission to the British Isles and finally decided they were meant to be in 1949. Together they attended BYU for a year but decided to move back to the family farm in Powell (Penrose).

Ruby worked hard as a farmer’s wife and mother to her six children. She loved that life but also adapted to “city living” when they moved next door to her daughter Lynn on Greenfield Drive in 2013.

Her children were taught well to work hard, study and learn, have manners, use proper grammar, be polite, and love like Jesus did.

She was a life-long member of The Church of Jesus Christ of Latter-day Saints and loved and shared her faith. She served faithfully in many callings, especially Relief Society.

Ruby loved ministering to and serving others. Countless are the dinners she shared and the people she helped. She gave away numberless pies, loaves of homemade bread, and cinnamon rolls.

She truly loved humanity and knew no strangers. She was very sensitive to those who were hurting or needed a friend. She knew her neighbors and shared her home, her time, and the bounty of her garden produce and flowers.

Ruby was blessed with a sharp intellect and wonderful memory. She loved writing and became a regular contributor to the Powell Tribune, sharing her memories of growing up and her favorite recipes. She assembled many of her writings in a book she titled Pieces of Pie. She gave away and sold many copies. The stories she wrote show how difficult life was during the Depression and how thankful she was to live in Wyoming.

Ruby loved Powell and served the community in many different ways. She and Burchell loved The Homesteader Museum and both served on the Board. They also helped on the Chamber of Commerce.  She was active in the Park County Republicans and was an election judge until just a few years ago.  For more than 40 years, Ruby volunteered in the hair salon at the Powell Valley Care Center, giving perms and curling hair. Just last week she helped give perms to “the old people.” She never considered herself to be one of them!

She leaves a big hole in the hearts of many in Powell, in her church family, and among her large posterity.

Surviving are her four beloved siblings: Wayne Lynn of Centerville, Utah, Betty Joan Larsen (Bert), Jerry Lynn (Marsha), and Janet Bates — all of Bountiful, Utah. Her surviving children are Heather (David) Wharton of Las Vegas, Nevada; Lynn (Dan) Bennion of Powell; Ross Hopkin (Karren) of Layton, Utah; Fred Hopkin (Carrie) of Powell; and Mark Hopkin (Karen) of Anchorage, Alaska. Missing their loving grandmother are 25 grandchildren and 56 great-grandchildren and many nieces and nephews whom she loved like her own children. Her sister-in-law Alyce Hopkin (Whitey) survives her also.

She was preceded in death by her husband of 67 years, Burchell Hopkin, her parents Julia and Ivin Lynn, her daughter Julie Aagard, son-in-law Rick Aagard, and one grandson, Andrew Aagard.

Services to honor Ruby will be held in the Avenue E Chapel of The Church of Jesus Christ of Latter-day Saints on Monday, Feb. 18, at 10 a.m. Public viewing will begin at 9 a.m. prior to the service. Burial will follow at the Penrose Cemetery. In lieu of flowers, donations may be made to Northwest College or The Homesteader Museum.

To send flowers to the family in memory of Ruby Hopkin, please visit our flower store.
Send a Sympathy Card