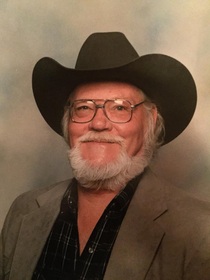 Russell Ray Miller died Thursday December 11that Billings Clinic. He was 66 years old.
Russell was born on February 17, 1948 in Powell to Margaret and Harry Miller. Rus-
sell graduated from Powell High School in 1966 acquiring the nickname â€œAlfred the Greatâ€ in wrestling. In 1965 he was the state champion shot put thrower, and in the 1966 he was the state champion discus thrower and won the Outstanding Track Trophy.
In 1970 Russell joined the U.S. Navy as a Radioman Seaman RMSN and was stationed in Hawaii, until 1972 when he was honorably discharged to return home in Powell to help care for his three sisters. There he worked in the oil fields to help support his mom and sisters.
In 1978 Russell married Helen Rojo. He adopted his first daughter Tanya in 1979. His second daughter Misty was born in 1981 and 1982 his son Jeffery was born. He attended NWC and graduated with an associateâ€™s degree in accounting in 1988. 1988 Russell and Helen were divorced.
Russell was a master finish carpenter and his skills are spread throughout Wyoming and Montana. He was the mastermind behind the Summit Resort in Big Sky, Paul Stock Aquatic Center, and 1stNational Bank in Cody along with numerous other remodels of schools and banks.
He was a member of the American Legion
Russell enjoyed being surrounded by his family and friends. Everyone was always welcome in his home, and you didnâ€™t have to be one of his children to be his kid. Camp- ing, woodworking, gardening, canning, hunting, playing cards, pool and darts were his favorite hobbies. He looked forward to having cookouts and bonfires on the weekends.
Russell was our family genealogy director, remembering every story and all our fam- ily members. He was the human calculator and a marvelous woodcrafter. We all were blessed to listen to him shoot the wind till all hours of the morning, usually gathered around the warm campfire.
Russell was a selfless man with integrity and an infectious laugh. His three younger sisters will forever hold him in high regards for sacrificing his Navy career to come home and help raise them. He was a gentle, funny, supportive, loving father, brother, uncle and friend to all.
He proceeded in death by his parents, and his brother Larry Argento.
He is survived by his daughters: Tanya (Brian) Bass of GA, Misty Miller of GA, son Jeff Miller of Powell, sisters: Sharon (Phil) Feazel of Huntington Beach CA, Janice (Roger) Beslanowitch of Powell, Joyce Pike of Loveland CO, Kathy (Ed) Hake of Big Sky, MT, brother Clair (JaNiece) Argento of Apache Jct. AZ, sister-in-law Jo Argento of Powell, and four grandchildren: Caleb Bass, Cadence Bass, Jessie Miller, and Harmony Miller, and Nate Horning (Laura) who was like another son.
To send flowers to the family in memory of Russell Ray Miller, please visit our flower store.