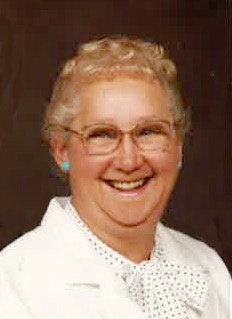 Ruth  Lillian Alexander Riley Avery
Ruth returned to the presence of her Heavenly Father on Monday, November 6, 2017 in Billings, Montana with her son Mike by her side.
Ruth was born July 27, 1926 in Cody, Wyoming to Lillian Elsbury and Walter Alexander. She has one older brother, Don.
Ruth spent her early childhood years on Elk Creek in Sunlight Basin with her parents.  She attended the Sunlight Basin school.
She also attended  Cody High School.
At the young age of 15, Ruth met Oral Riley. They were married  August 30, 1941 in Red Lodge, Montana.  When they were first married, they lived in Cody.  They later moved to  Basin, Wyoming an lived there from 1945- 1963.
They had 5 children.  Darrell Eugene, Martha, Walter, Larry, and Mike.  In 1963 the family moved  back to Cody.  Oral died in a car wreck in 1970.
Ruth met and married McKay Avery November 19, 1971 in Cody, Wyoming.  They were sealed in the Salt Lake Temple January 23, 1980.  Ruth and McKay lived on a  farm at Heart Mountain until 1982.  They sold the farm, and made their home in Cody. McKay and Ruth spent many years  traveling, square dancing and service to the community.
From a young age, Ruth was taught the value of work. She had many jobs including cleaning  homes, the medical center, and caretaker for elderly people.
Ruth was a member of various community organizations throughout the years.  She was President of the Square Dance Club, President and secretary of the VFW women‘s auxiliary, President of Historical Society, member of the 59ers’s rock club, President of AARP,  and Handy-hands member.  She helped at the Senior Citizens Center and delivered Meals on Wheels.  She was also a member of The Church of Jesus Christ of Latter-day-Saints.

To send flowers to the family in memory of Ruth Lillian Avery, please visit our flower store.