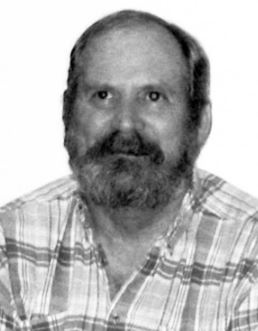 Sam D. Walling, of Ralston, passed away from complications of liver failure Friday afternoon, November 1, 2019.  Sam was born in Knox City, Texas, January 22nd, 1953. He moved to Wyoming with his parents, Randell and Jean Walling, and his siblings in 1962. He graduated from Powell High School in 1971. He worked around Powell before moving to Texas in 1983, where he lived most of his adult life. He returned to Powell in 2013 to enjoy retirement with old friends and new.

Sam was a special kind of guy. He was always willing to help others and would check on friends and family regularly to be sure they were doing ok or to offer his assistance. He was most appreciative of Nathan Splitstone’s help and that of many others during his illness.

Sam was preceded in death by his mother Jean Walling in January of this year, his brother, Tony Walling, his special friend Kelly Dustin, whom he sorely missed. He recently lost his dog Cupcake who was his constant companion.

Surviving Sam are his father, a brother, Dick (Colleen) of Oregon, sisters Freda Miller (Jeff) and Randi Slaughter (Steve Nielson) both of Powell, Kim Asay-Fonda (Loyd) of Elko, Nevada, and Tammy Walling of Bozeman. He also leaves behind numerous nephews and nieces and their families.

Cremation has taken place with a family service to be held next Spring. In lieu of flowers, the family requests donations be sent to any hospice of your choice.

To send flowers to the family in memory of Sam D Walling, please visit our flower store.