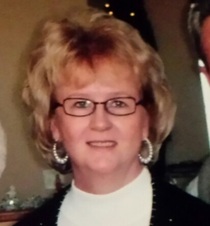 Sharon Raye Burnett Thompson was born October 11, 1952 in Powell, WY to Estella Marie Dalke and William Harrison Burnett, Jr.  Sharon was one of two girls born this day.  She grew up in Powell attending Powell schools.  Sharon worked for NW College in the on-the-job training program, studying secretarial science.  Later she worked for Sears & Roebuck Catalog Co. and then Cream of the Valley Dairy.

In September of 1975, Sharon married Larry Thompson of Pocatello, Idaho. They divorced in 2011.  During her 34 years of marriage, she lived in Idaho, Wyoming, Ohio, Lagos, Nigeria with most of her years in Houston, Texas.

Sharonâ€™s travels opened doors for various opportunities. In Idaho she was employed by Farmers Insurance Group. When moving back to Wyoming, Sharon worked a short time for State Farm Insurance in Casper.  Then she joined Guaranty Federal Savings and Loan as a receptionist and back up for new accounts.

With another move to Findley, Ohio, Sharon worked as a secretary for the professor of psychology as well as secretary to the assistant to the president at Findley College and later joined Cooper Tire & Rubber Company as secretary to the patent attorney.  Later when her husband was transferred to Nigeria she was delighted to participate in various activities of the American International Womensâ€™ Club, of which one was teaching young girls in a deaf school how to sew.

Sharonâ€™s most recent career spanned over 30 years at Stewart Title Guaranty Company, in Houston, TX as Executive Administrative Assistant to the corporate controller.

While in Sugar Land, Sharon was a member of Fellowship of Praise in Stafford, TX and loved her church family.  She sang on the praise and worship team and has cherished memories of this time.

Sharonâ€™s family and friends from around the country were her support system while going through breast cancer treatment in 2011-2012.  She recognized that the prayers going up for her, sustained her through this difficult time.  Her â€œgirlfriendsâ€ from FOP and co-workers from Stewart Title Guaranty Company gave her extended support for which she expressed great appreciation and thanks.

Sharon returned to Powell in June 2014 and worked as a part-time-temp at NW College in the Department of Nursing and the later hired on part-with Copenhaver, Kath, Kitchen and Kolpitcke Law  Firm.  Due to another onset of cancer she left there to tend to her health.