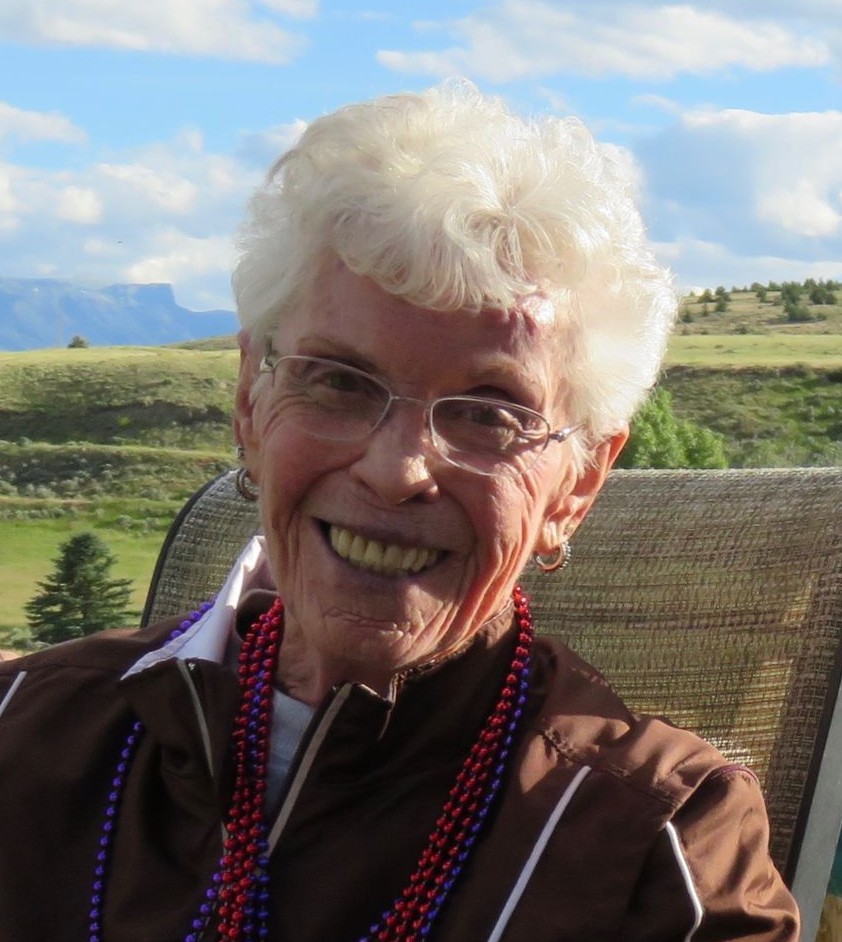 Sherry was born June 18, 1938 in Los Angeles, California. She was raised by her Mother Mary Thayer Powell and her Step Father Crawford Powell. Due to her step father’s life long career in the US Air Force the family traveled the United States extensively. They lived in Anchorage Alaska and while stationed at Elmendorf AFB, Alaska was still a Territory. This became Sherry’s favorite place to live. She graduated from Wheatland Union High School in Wheatland, California in 1956. Her parents were to be transferred to Lake Charles, Louisiana and she returned to Cody, Wyoming to be near her Mother’s Family.

Sherry went to work for Husky Oil in July 1956. She married Merlyn Ballinger in 1958 and they had two daughters, Terri Lee and Brenda Mary. The couple were later divorced. She married Ray Nelson Sept 28, 1983 which expanded her family with four grown step children. Sherry had worked for Dick Jones Trucking, LL Smith Trucking and retired from Weatherford Oilfield Service Co in 1997. She and Ray loved spending time at Buffalo Bill Lake, boating and fishing. They also traveled in their motorhome, played golf and enjoyed their yard and garden, and the beautiful roses they grew which were her favorite. Ray and Sherry’s home was often the site for many visits from their children and grandchildren, whom they loved dearly.

Cremation has taken place and a Memorial Service will be held on Monday, March 22, 2021 at 11:00 am at the Union Presbyterian Church. The service will be streamed live on presbyterian church powell wyoming Facebook page.

To send flowers to the family in memory of Sherry Linda Nelson, please visit our flower store.
Send a Sympathy Card