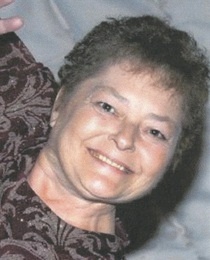 Shirley Ann Burgener of Powell died April 24, 2015, at her home. She was 65.
Shirley was born on March 21, 1950, in Boise, Idaho, to Esther (Bollinger) and John Riley.
She worked in home health care and lived in Powell.
Shirley loved her cat, Georgie, and also enjoyed arts and crafts.
She attended St. Barbaraâ€™s Catholic Church in Powell.
She was preceded in death by her husband Lloyd Burgener and brother Robert Riley.
Shirley is survived by her son Blaine Willis; daughters Holly Burgener and Misty (Wetzel) Pederson; sisters Virginia Holmes, Irene Tracy and Caroline Juker; five grandchildren; and two great-grandchildren.
Visitation will take place from 3-5 p.m. Friday at St. Barbaraâ€™s Catholic Church.
Thompson Funeral Home is assisting the family with arrangements. Condolences may be sent to the family online at www.thompsonfuneral.net or to P.O. Box 807 Powell, WY, 82435.
To send flowers to the family in memory of Shirley Ann Burgener, please visit our flower store.