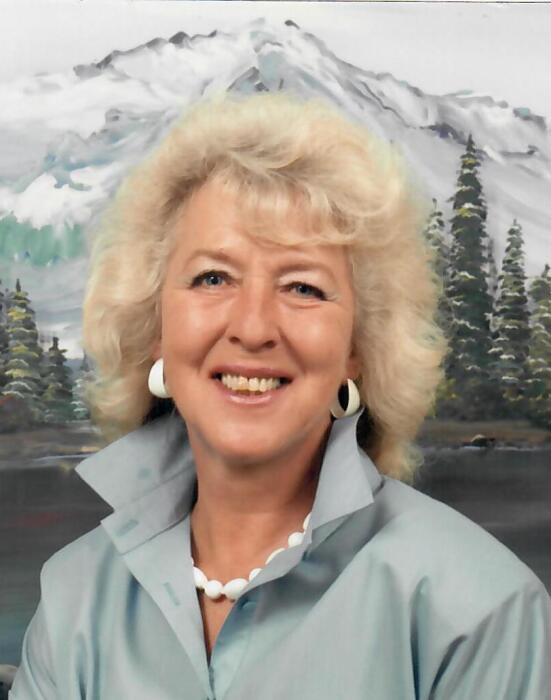 Like Shirley Temple, the child movie actress she was named for, Shirley sported long blonde ringlets through most of her childhood years. At age 9, with her treasured roller skates on her shoes and the key around her neck, she started sharing the family spotlight when her brother, Jay, was born. It wasn’t many years later she learned this meant dealing with snakes in her bathtub and a host of other practical jokes that she relished in retelling and laughing about as an adult, probably much more than at the time.

After graduating from Greybull High School, she went out into the world as far as Casper to live for a while with her aunt. When she was 20, Shirley accepted a marriage proposal from Clive Dillon, a Lovell fellow who reminded her of Elvis Presley. He had pursued her, even while working far away, with long and intricately illustrated love letters, which she kept all the rest of her years. They eloped to Moose, Wyo., to be married at the Chapel of the Transfiguration. Their wedding photo features Shirley sitting stylishly on a buck rail fence with Clive standing beside her, the Tetons shining behind them.

The couple literally built their first home in Lovell with their own hands and added four children to it as they created their family. Most weekends were spent on the Big Horns hunting rocks with friends and family. They were known for working together into the wee hours of the morning on many family projects, including a homemade trampoline that quickly became the neighborhood attraction.

In 1968, the Dillons moved to Powell to the home where Shirley and Clive would live out their lives. Shirley continued to enjoy her passion for animals, especially her horses, dogs and cats. High points included rounding up and moving cattle for ranch friends and riding in the 1990 Wyoming Centennial Wagon Train on the last horse she broke and trained herself. She was also proud of the winner’s cup her German Shepherd named Poozer earned in an obedience competition.

Shirley spent lots of time camping with her kids and grandkids, decorating her home and tending vegetable and flower gardens. She wasn’t interested in working outside the home but did so when called upon by friends—even though she didn’t like to drive she learned to wrangle a beet truck for one season and employed her perfectionist housekeeping practices in a school custodial position to save a job for another friend.

In 2012, Clive proceeded Shirley in death. She leaves behind her four children and their families, Nickie (Tim) Proffitt of Powell, their daughters Kelsey (Bill) Brown and Frannie Proffitt; Tay (Annette) Dillon of Basin, their son Matthew; Tammy (Greg) Spomer of Powell, their children Shawnna (Jamie) Hernandez, Shannun (Amanda) Spomer and Skylor (Thu) Spomer; Flynn (Dayna) Dillon and former daughter-in-law Kim Dillon of Powell and their children Heather, Ashley and Shay Dillon. Also grieving Shirley’s loss are her nine great-grandchildren and her brother Jay and his wife Marilyn and their family.

A viewing will be held at Thompson Funeral Home from 9- 10 a.m. Wednesday, May 20, followed by an 11 a.m. graveside service at the Lovell Cemetery where attendees will be asked to observe appropriate social distancing protocols. The service will also be live streamed on the Thompson Funeral Home Facebook page.

Those who would like to honor Shirley’s passions are asked to donate to a local animal shelter.

To send flowers to the family in memory of Shirley Ray Dillon, please visit our flower store.
Send a Sympathy Card