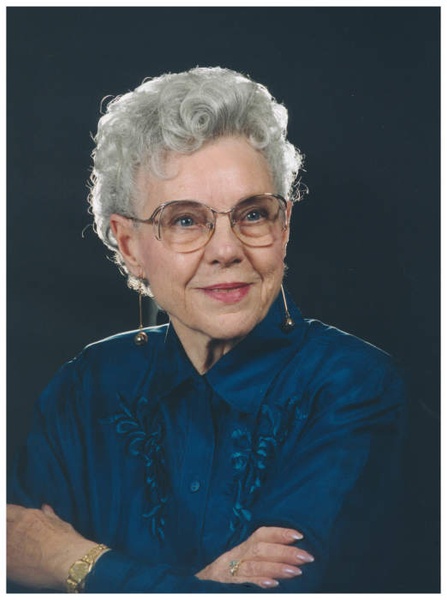 Stella Mae Slater Hocken
(April 25, 1926 - Sept. 16, 2017)
Stella Mae Slater Hocken of Powell died on Saturday, Sept. 16, 2017, at St. Vincent Healthcare. She was 91.
Stella was born to Clara (Trapp) and Roy Slater on April 25, 1926, in Springfield, Missouri.
The family later moved to Wyoming, and she graduated from high school in Deaver.
Stella married Dale “Bud” Hocken on June 21, 1943, in Red Lodge, Montana.
Over the years, the couple lived in Meeteetse, Lander, Evanston and Powell, as well as Kenai, Alaska.
Stella was a homemaker, and she loved her family and cherished spending time with them over family dinners. She was generous and kind; she always wore a smile. Stella was known as a classy lady who always dressed her best. Her family remembers her cooking over a campfire in white pants and blouse and never getting dirty.
She enjoyed the times that she was Mrs. Claus with her husband Bud, who played Santa Claus for the community of Powell.
She attended the Methodist church and was part of the hospital auxiliary and DOES.
Stella was an avid bridge player, loved dancing, traveling and entertaining. She had a zest for life and was active and independent until her recent stroke.
Stella will be dearly missed by her family and friends.
She was preceded in death by her husband Dale “Bud” Hocken; daughters Connie, Judy and Tara; father and mother Roy and Clara Slater; and sisters Bernice and Margaret.
Stella is survived by her daughter Trudy (Barry) Ward of Cowley; brother Steve (Donna) Slater of Billings; brother-in-law Darrel (Linda) Hocken of Tigard, Oregon; sister-in-law Beatrice Lipps of Casper; and sister Hazel Bjornestad of Powell. She also is survived by four grandchildren: Kent (Catia) Ward of Rapid City, South Dakota, Clay (Janet) of Deaver, DeyLynn (Lance) Stebner of Cowley and Travis (Tania) Ward of Hanna; 10 great-grandchildren and four great-great-grandchildren, as well as numerous nieces and nephews.
Memorial services will be held Saturday, Sept. 23, at 10 a.m. at First United Methodist Church in Powell.
Thompson Funeral Home is assisting the family with arrangements.

To send flowers to the family in memory of Stella Mae Hocken, please visit our flower store.