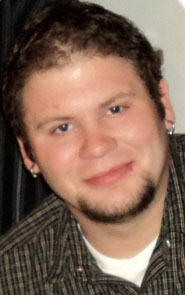 Steven Ray Gilmore of Powell passed away Saturday, Feb. 18, 2017, in Powell. He was 30.
Steven was born on June 26, 1986, in Modesto, California, to Debbie Gilmore.
He was raised in Modesto and moved to the Powell area in 2007 to join his cousin Rickey in the oil patch. Steven prided himself on being a roughneck.
He enjoyed hunting, fishing, dirt-biking, shooting, four-wheeling and working on anything big and loud. Steven also loved hanging with his â€œbrothers.â€
He had the biggest heart â€” a heart of gold. Steven was known for his upbeat and loving personality. He was a protector of all, and his family and friends meant everything to him.
He was preceded in death by his grandparents, Edgar and Leona Gilmore.
Steven is survived by his mother Debbie Gilmore of Modesto; brother Michael Johnson of Merced, California; twin siblings Johnny (Jessica) Holt of Washington and Joanie Holt of Dallas, Texas; and Rickey Gilmore Jr. of Powell, a cousin who was like a brother to Steven. He also is survived by nieces Aryanna and Jennifer Holt of Dallas, as well as many uncles, aunts, cousins, friends whom he considered brothers, and those who were always there for him, like his dear friend Jessica Laughlin.
Stevenâ€™s contagious smile will forever live on in the hearts of everyone he touched.
A viewing will be held from 5-6:30 p.m. Saturday at Thompson Funeral Home. A celebration of Stevenâ€™s life will begin at 7 p.m. Saturday at The Elkâ€™s Lodge, 581 N. Clark St. in Powell.
Thompson Funeral Home is assisting with arrangements and condolences may be sent to the family at www.thompsonfuneral.net or P.O. Box 807, Powell, WY, 82435.
To send flowers to the family in memory of Steven Ray Gilmore, please visit our flower store.
Send a Sympathy Card